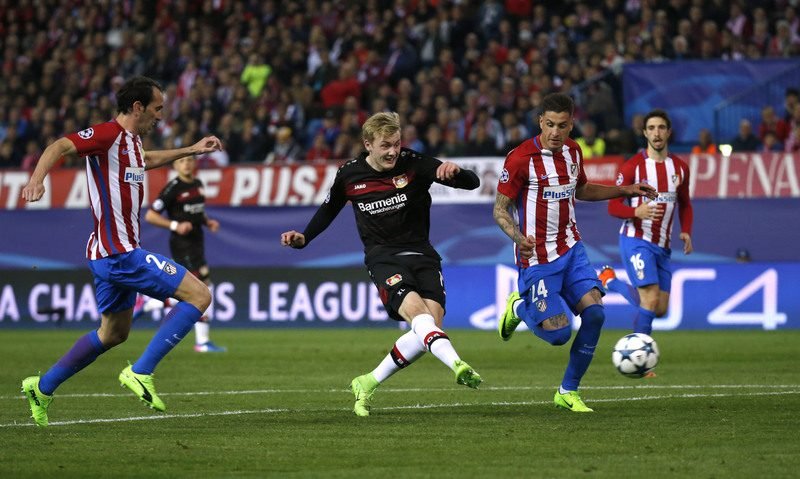 Liverpool are reportedly ready to battle Bayern Munich in a bid to sign Germany international midfielder Julian Brandt, according to the Mirror.

The Premier League side, who currently sit fourth in the top-flight standings following Sunday’s 2-1 victory over Burnley, have been linked with the Bayer Leverkusen winger ahead of the summer transfer window.

The 20-year-old, who has four international caps for his country, has scored three goals and provided seven assists in 31 appearances in all competitions for the Bundesliga outfit so far this season.

Brandt, who is believed to be valued at around £20m, has been scouted several times by The Reds this term.

However, the report suggests Jurgen Klopp’s side face stiff competition for the midfielder’s signature from German rivals Bayern Munich, who sit top of the Bundesliga table.

Carlo Ancelotti’s club have identified the Leverkusen starlet as a long-term replacement for Thiago Alcantara, 25.