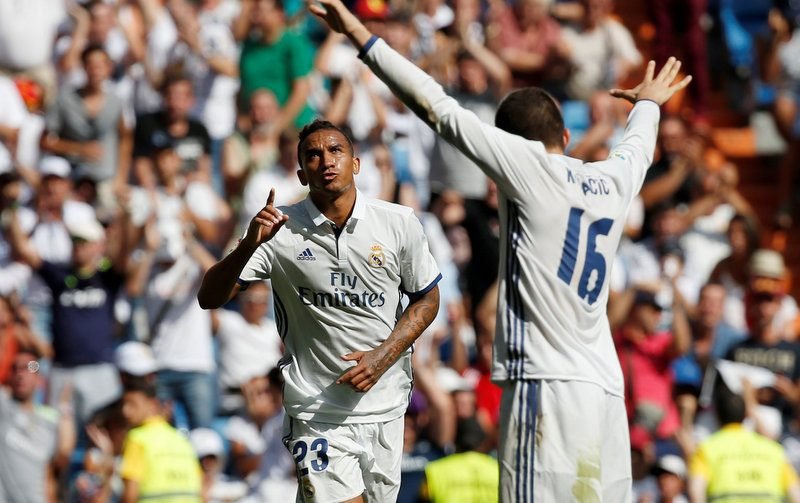 Liverpool are reportedly interested in signing Brazil international defender Danilo this summer, according to calciomercato.com.

The Premier League side, who currently sit fourth in the top-flight standings after defeating Arsenal 3-1 at Anfield last weekend, have been strongly linked with luring the Real Madrid right-back to Anfield ahead of the 2017-18 campaign.

The 25-year-old, who has 15 international caps for his country, has scored one goal and provided one assist in 16 appearances in all competitions for the La Liga giants so far this season.

Danilo, who arrived at the Bernabeu back in July 2015 following his move from FC Porto, lifted the UEFA Champions League, the UEFA Super Cup and the FIFA Club World Cup last year with the Spanish outfit.

However, the report suggests that The Reds are keen on recruiting the full-back this summer, in a deal that could cost Liverpool £22m.

But, Jurgen Klopp’s side may face stiff competition for the Brazilian’s signature, as defending Serie A champions Juventus are also pondering a move for the out-of-favour Madrid defender.