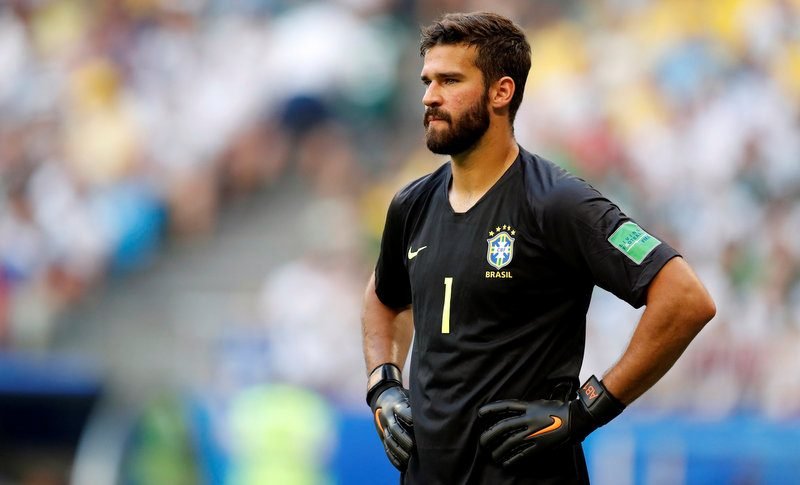 Liverpool have reportedly made a £62m offer for Brazil international goalkeeper Alisson, according to BBC Sport.

The Premier League side, who have signed Fabinho (AS Monaco – £43.7m), Naby Keita (RB Leipzig – £52.75m), Xherdan Shaqiri (Stoke City – £13.5m) and Isaac Christie-Davies (Chelsea – Free) so far this transfer window, have been continually linked with a mega money move for the AS Roma shot stopper.

The 25-year-old, who has 31 international caps for his country, kept 22 clean sheets in 49 appearances in all competitions for the Serie A outfit last season. 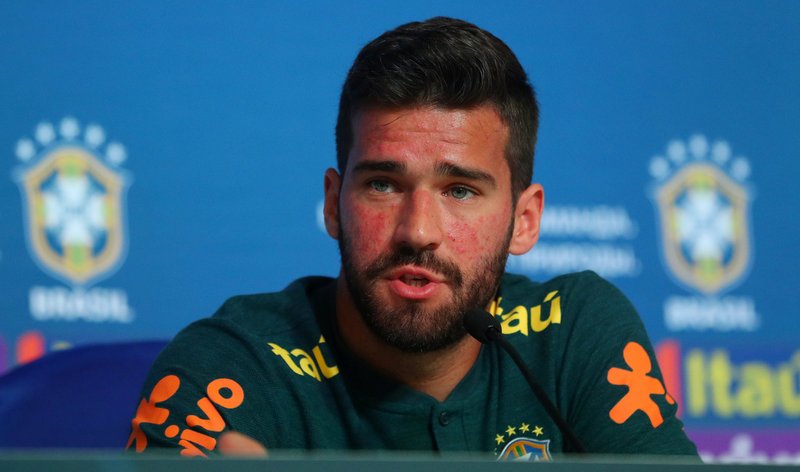 Brazil’s Alisson during a press conference.

Alisson, who played the full 90 minutes in Brazil’s five fixtures at the 2018 FIFA World Cup finals in Russia this summer, has been subject to interest from The Reds and Real Madrid ahead of the new 2018-19 campaign.

With Reds boss Jurgen Klopp on the lookout for a new number one goalkeeper this summer, to replace Loris Karius at Anfield, the report claims the club have made a £62m offer for Alisson – a world record fee for a ‘keeper.

Roma are said to be considering accepting that bid, though the Italian side are pushing for £66m.