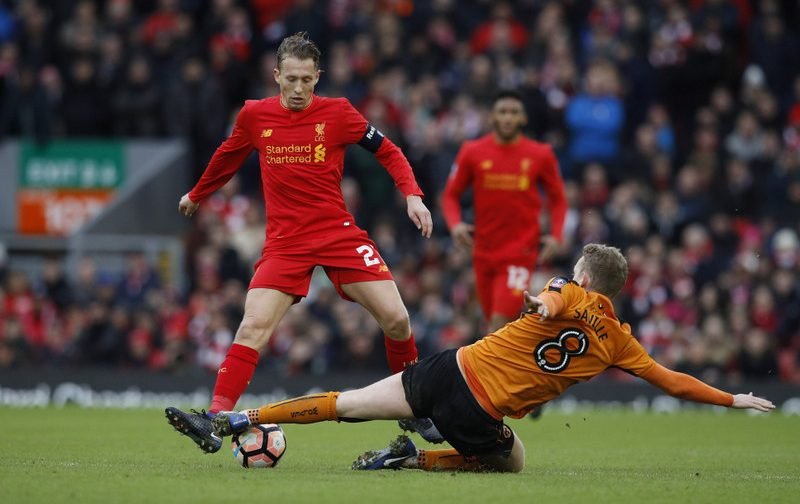 Liverpool midfielder Lucas looks set to end his decade-long stay at Anfield this summer by moving to Turkish giants Galatasaray, according to reports in Turkey (via Sport Witness).

The 30-year-old has been a bit-part player for much of the last few years on Merseyside, and this term under Jurgen Klopp has followed a similar trend with the Brazilian appearing just 20 times in the Premier League, of which half have been starts.

Although he looks set to continue in the side due to the injury to captain Jordan Henderson, this season looks like it will be his last at Anfield, as reports in Turkey suggest that he will accept their new contract offer, thought to be €4 million a year.

It means that Lucas will bring to an end a Liverpool career which started all the way back in 2007, and has seen him make 339 appearances for the Reds, netting seven times.

The former Brazil international has won just the one trophy during his time at the club, the League Cup back in 2012, and won’t add to that tally this term as Klopp’s men are well short of the pace set by Premier League leaders Chelsea.

The Reds are third in the table but 12 points adrift of Antonio Conte’s men, yet the Merseyside club could find themselves outside of the top four by the time they face Watford on Monday, as both Manchester clubs have the chance to record vital victories on Sunday afternoon.