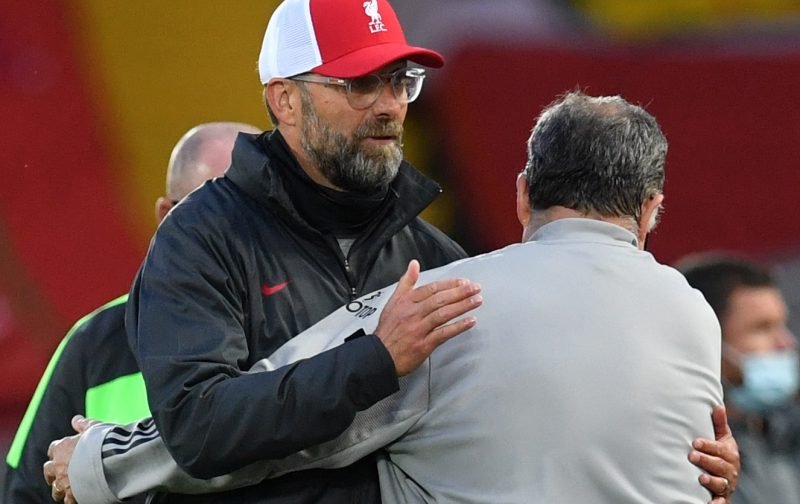 Liverpool kick off their 2020/21 Champions League home campaign with an ‘easy on paper’ game against Midtjylland.

After losing to Atletico Madrid in the second round last season, Jurgen Klopp’s side will be aiming to lift the trophy just like they did in 2019 – when they defeated Tottenham Hotspur in Madrid.

However, the Premier League champions have experienced a topsy-turvy start to this season.

The Reds won their opening three league matches but were thrashed 7-2 at Aston Villa but have bounced with a good performance at Goodison Park and two wins against Ajax and Sheffield United.

However, with tough matches against West Ham United, Atalanta and Manchester City to come in the next ten days, we believe Klopp will field some of his squad players tonight.

So which players will the German boss task with getting a positive result at Anfield?

Goalkeeper: First-choice Liverpool goalkeeper made a remarkable comeback from injury when starting against Sheffield United at the weekend. It was first thought that the Brazilian would be out for at least a month, but he worked hard and was out for just a few weeks to provide a huge boost to Klopp and the Liverpool squad. We expect the excellent keeper to start again tonight to build his match practice.