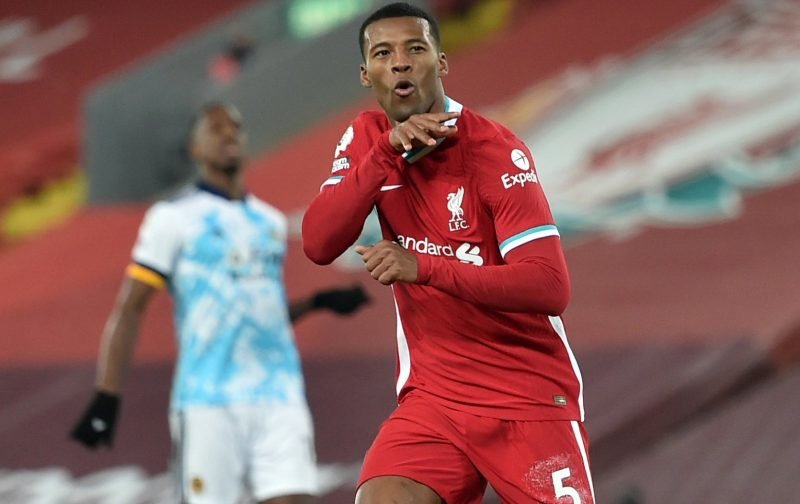 Liverpool are sitting pretty at the top of the Premier League once again as they look to defend the title they won for the first time in 30 years last season.

Despite a disappointing 1-1 draw with West Brom, Jurgen Klopp’s side have lost just once this term and are three points clear of second-placed Everton.

In the past 18 months, the Reds have won the Champions League, Premier League, European Super Cup and Club World Cup.

There have been many star performers from front to back in that time but reports suggest they could be in danger of losing one of those.

According to Sky Sports, Georginio Wijnaldum will this week decide whether he will sign a new contract or leave the club. 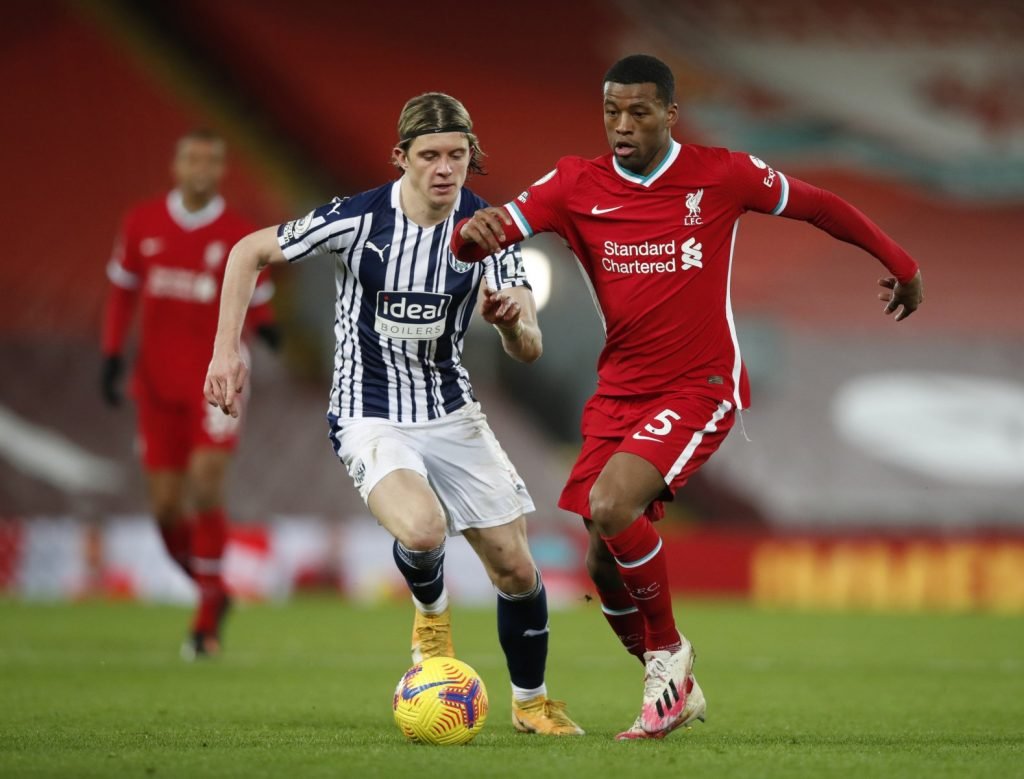 Wijnaldum has played in every Premier League game this season.

The Dutchman becomes a free agent in the summer when his current deal expires and it’s claimed that FC Barcelona are keen to sign the 30-year-old.

Since moving from Newcastle United in 2016, the midfielder has become a key part of the Reds’ side, making 208 appearances in all competitions.

However, it’s reported that Wijnaldum is considering leaving Anfield to move to the Camp Nou where his former Netherlands head coach Ronald Koeman is in charge.

It’s claimed that the Liverpool star will give his current club an answer over their new contract offer in the next few days.

If he turns down an extension then he will be free to open talks with Barcelona and other foreign clubs in January.

Wijnaldum has undoubtedly been one of Liverpool’s best performers over recent years and would be a loss.

However, the emergence of Curtis Jones combined with the arrival of Thiago Alcantara in the summer, means that he may not be as sorely lost if the Reds can adapt.