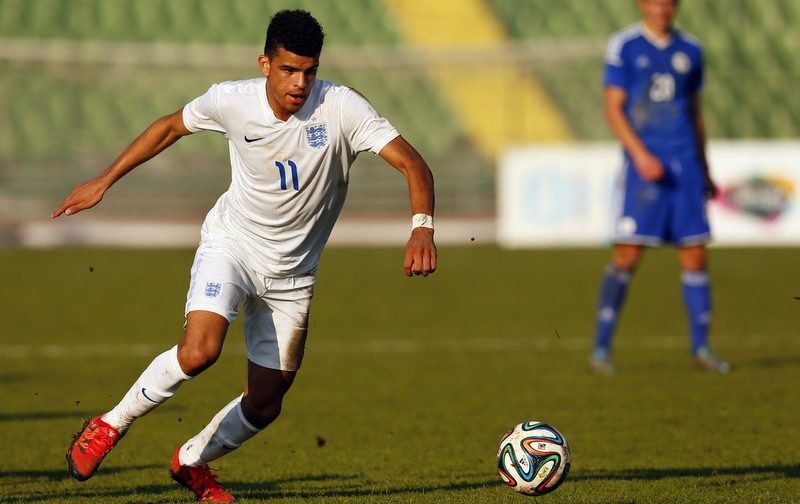 Liverpool striker Dominic Solanke is a man in demand with three Premier League clubs interested in signing the youngster, according to the Express.

Huddersfield Town, Crystal Palace and West Ham are all reported to be interested in the 21-year-old, and could battle for his signature in January.

Solanke joined the Reds from Chelsea in the summer of 2017 but has struggled for opportunities at Anfield, making 27 appearances and scoring one goal. The emergence of the successful trio of Mohamed Salah, Roberto Firmino and Sadio Mane have made first-team minutes hard to come by for the exciting Englishman, and reports suggest he could leave on a six-month loan deal.

If one of the top-flight trio do pick up the Reading-born starlet they will be hoping to see his international form which has seen him score an impressive eight goals in 15 games for the Young Lions.

Huddersfield boss David Wagner will be hoping to take advantage of his close relationship with Liverpool boss Jurgen Klopp but, as it stands, it’s thought none of the three linked clubs are clear favourites to capture the striker.