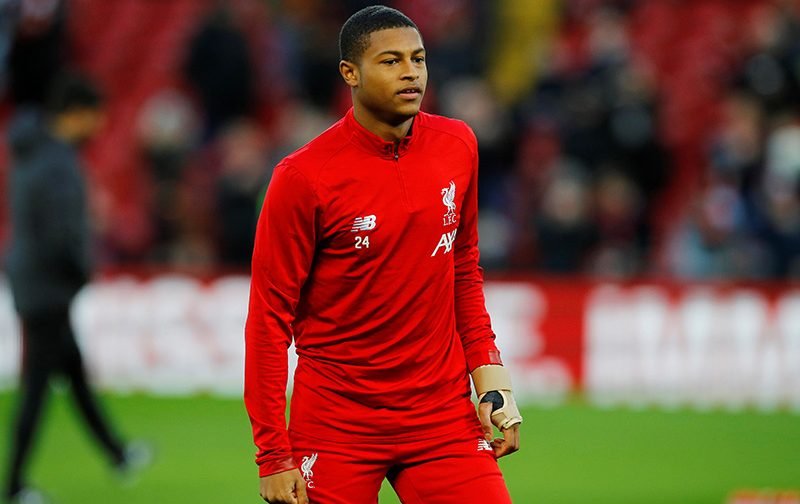 Liverpool striker Rhian Brewster is close to sealing a loan move to Swansea City, according to reports.

The 19-year-old has found first-team opportunities hard to come by this term due to the club’s scintillating form.

Brewster’s substitute cameo in the FA Cup victory over Everton on Sunday was just his third appearance of the campaign.

But Goal report that the teenager looks set to experience more senior football as he closes on a loan switch to Swansea.

The Championship side are claimed to have beaten off interest from Leeds United and West Brom to land the England Under-21 international until the end of the season.

Swansea currently occupy the sixth and final play-off spot in the Championship as they aim to return to the Premier League following relegation in 2018.