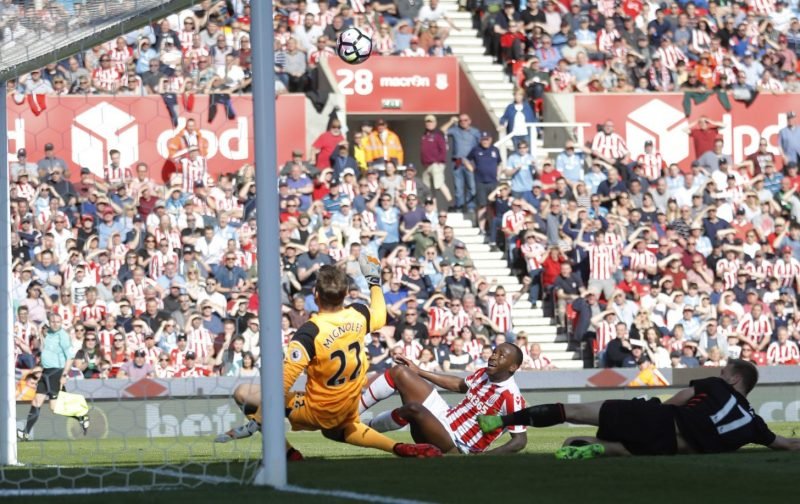 Liverpool came from behind to beat Stoke City 2-1 on Saturday to consolidate their position inside the Premier League’s top four.

And it turned out to be a wonderful move as Coutinho netted the equaliser 20 minutes before time, and then Firmino produced a moment of brilliance to fire home an unstoppable effort just two minutes later to give Liverpool the advantage.

And it’s an advantage they maintained to secure an 18th Premier League victory of the campaign, in no small part down to a man-of-the-match display from goalkeeper Simon Mignolet.

The Belgium international has had his critics at Anfield since moving there from Sunderland back in 2013, but Saturday was arguably one of his best performances in a Liverpool shirt, as he made three excellent saves to keep the Reds in the contest.

And it’s a performance that didn’t go unnoticed by Reds supporters on Twitter, who were full of praise for their goalkeeper after his sensational efforts at the bet365 Stadium…

Looking at today Mignolet has finally earned his crown! Fantastic saves hopefully that drives us on to top 4 now! #LFC

#LFC fair to say that behind every great goal scorer there's​ a great goal keeper, Mignolet. Saves the day!

Mignolet having his best season for #LFC

With those kind of performance against Stoke, there's no way Mignolet could be replaced by Karius. Superb! #LFC #YNWA

Mignolet was massive today, some great saves there!! #LFC @SMignolet