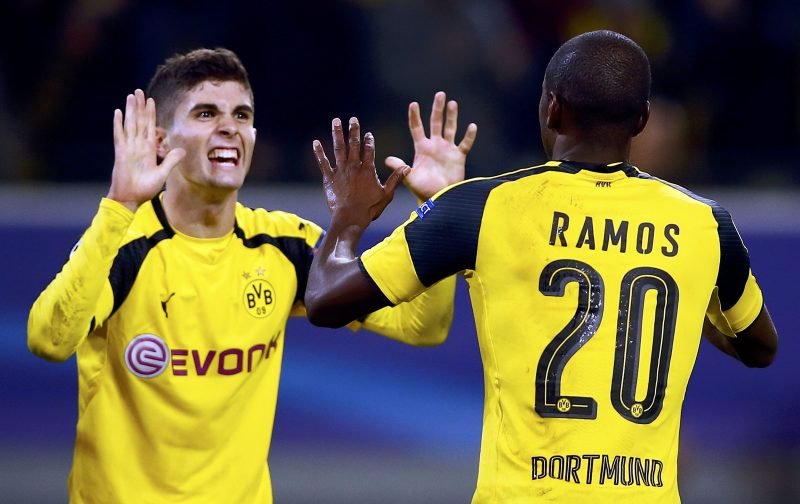 Borussia Dortmund playmaker Christian Pulisic has put pen to paper on a new deal with the German giants, the club have confirmed.

The USA international, who has been a breakthrough sensation at club and national level over the last year, was mooted as a top target for former Dortmund boss Jurgen Klopp at Liverpool.

However, a new deal in Germany for the 18-year-old, which will run to 2020, puts an end to any speculation of a move to Merseyside in the near future.

The American playmaker has become a key man for Der BVB manager Thomas Tuchel this term, scoring twice and picking up six assists in 19 outings so far this term.

Pulisic was brought into the youth setup at Dortmund during the last months of Klopp’s reign as manager, but never featured in the first team under the now Liverpool boss.