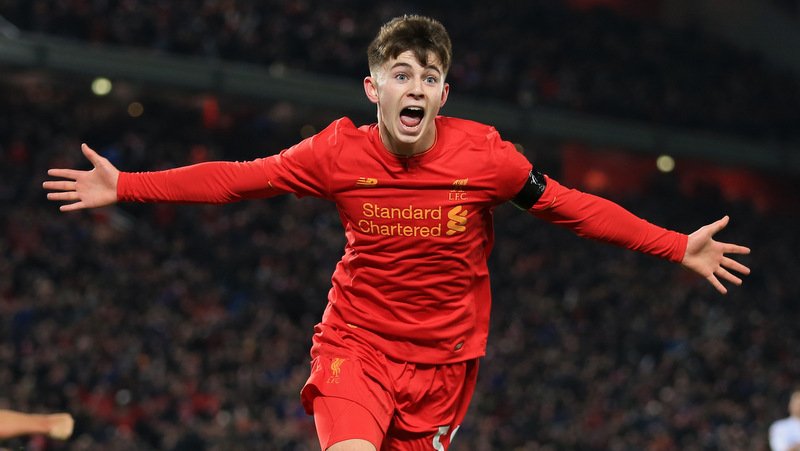 The 17-year-old, who was in fact born in Nottingham, has been selected by Dragons boss Chris Coleman for his country’s 2018 FIFA World Cup qualifier against the Republic of Ireland on March 24.

Winger Woodburn, who has made seven first-team appearances under Jurgen Klopp this season for the Premier League club, became The Reds’ youngest goalscorer after netting against Leeds United in the EFL Cup back in November.

Despite being born in England, Wales boss Coleman insists the Liverpool youngster’s inclusion is not to simply nail down his senior international future.

“Everyone got excited about Ben when he burst into the Liverpool side and said ‘we should be looking at Ben Woodburn’, but we’ve been excited about him since he was 13-years old,” he said, via BBC Sport.

“He’s been in our system for five years, so we know all about him, he’s done well this season.

“We are looking forward to having him on board.”