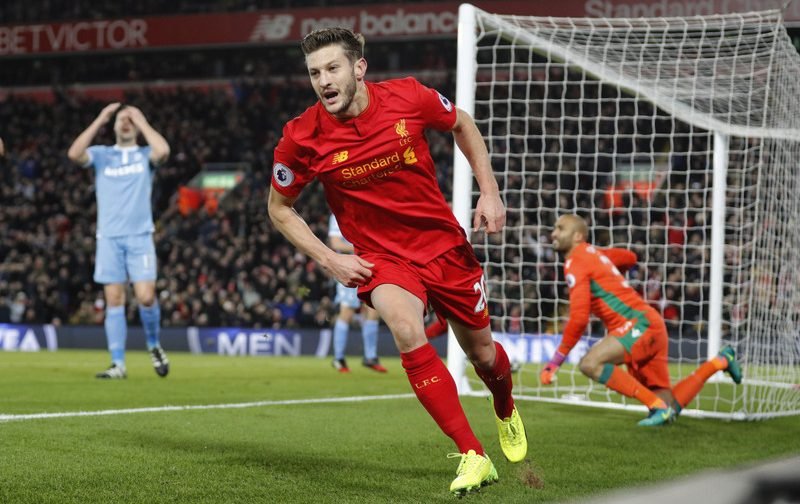 According to the Telegraph, the midfielder could make his much-anticipated return from injury against Watford at Vicarage Road on Monday night.

The 28-year-old, who has 31 international caps for the Three Lions, has scored seven goals and provided seven assists in 31 appearances in all competitions for The Reds.

Lallana, who arrived at Anfield back in the summer of 2014 following his reported £25m switch from Premier League rivals Southampton, has been sidelined with a thigh muscle problem since England’s 2-0 World Cup qualifying win over Lithuania late last month.

Liverpool boss Jurgen Klopp admitted, “Maybe Adam Lallana is coming back for the next game, which of course would help us in different situations and that’s good.”