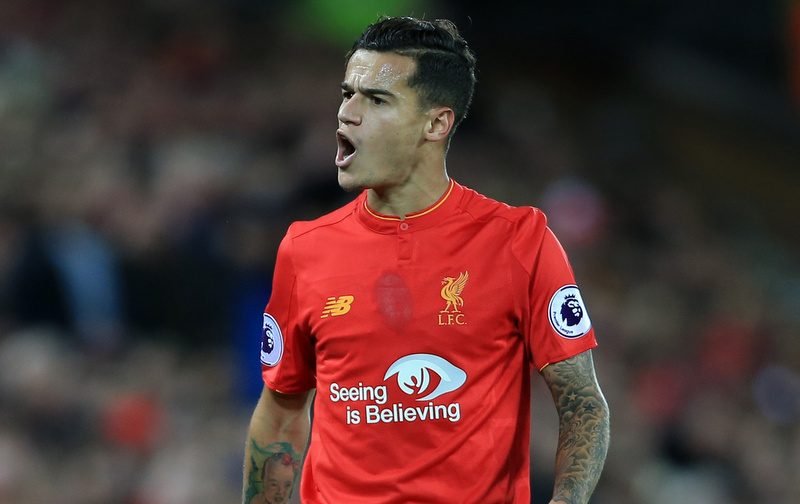 Liverpool’s Philippe Coutinho was named Men’s Player of the Year at the Football Supporters’ Federation Awards in partnership with Virgin Media, which took place tonight in London.

Coutinho topped the fans’ vote, holding off stiff competition from 2014 winner Sergio Aguero, Dele Alli, Riyad Mahrez, Mesut Ozil and Dimitri Payet made up the rest of the shortlist.

Accepting the award on his behalf was Liverpool manager Jurgen Klopp, “It’s a pleasure to work with a player like this – a very skilled boy with an outstanding attitude.

“Being the supporters’ player of the year is one of the biggest honours a player can get.

“I could not be further away from a prize like this when I was a player!

“It’s a really nice prize and I’m happy for him.”

Kevin Miles, Chief Executive of the Football Supporters’ Federation, added, “The fans’ love affair with top-class South American talent continues – this is the fourth successive year that supporters have voted for a player from that continent to win the FSF’s Player of the Year award.

“From Coutinho’s arrival into the Premier League he was clearly a very talented player.

“Since those early days he’s stepped up a level and shown a consistency befitting a player who is an integral part of a title-challenging team.

See the full list of nominees across all 13 categories: www.fsf.org.uk/awards