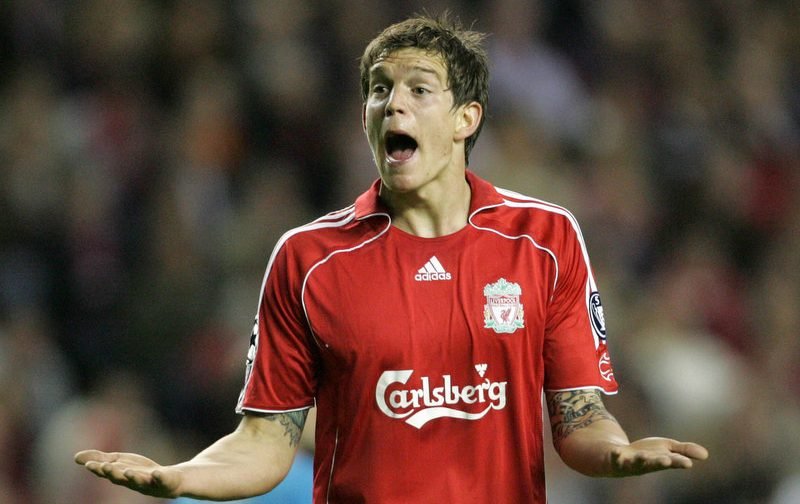 This week, on his 42nd birthday, we’re taking a look back at former Liverpool defender Daniel Agger.

Born on December 12, 1984; Agger began his senior football career in his native Denmark, coming through the youth ranks at Brøndby IF.

After a meteoric rise from the reserves to first-team level, the towering centre-half became an integral part of the squad that lifted the 2004-05 Danish Superliga Championship.

After winning the Danish Cup in the same season, eventually Premiership giants Liverpool would scout Agger’s top-flight ability and lure the Dane to England, offering the defender a four-and-a-half year contract after splashing out a reported £5.8m for the then 21-year-old.

The transfer fee made him the most expensive footballer sold by a Danish club to a foreign side.

During the second-half of the 2005-06 campaign, the New Year addition made just four league appearances for the Reds, in which Liverpool picked up 10 points from a possible 12 on offer.

But more importantly, Agger was left out of the matchday squad that defeated West Ham United on penalties in the 2006 FA Cup final at the Millennium Stadium.

However, Agger was understandably behind the solid defensive pairing of Sami Hyypiä and Jamie Carragher under then boss Rafael Benitez, as well as Djimi Traore and even Josemi among their defensive ranks.

Nevertheless, the 2006-07 campaign was where the Dane really made his mark on Merseyside, starting Liverpool’s 2006 FA Community Shield victory against Chelsea.

Despite Hyypiä and Carragher’s high statures at Anfield, Agger managed to squirm his way into the Reds’ first-team, making 43 appearances in all competitions, including four goals.

His first strike, an unforgettable one might we had, for his new club came against West Ham in August, as he unleashed a rocket of an effort from 35 yards out to equalise for the hosts, who went on to win 2-1.

Not only was his first goal for Liverpool memorable, but it was also award-winning, as it was nominated Goal of the Month for August by Match of the Day, and then Liverpool’s Premiership Goal of the Season.

In a remarkable first full term on Merseyside, Agger played a key role in guiding Liverpool to the 2007 Champions League final, a competition the club had won just two years previously. But unfortunately for the defender and his team-mates, Filippo Inzaghi’s brace saw AC Milan prevail victorious (2-1) in Athens.

Onto the 2007-08 season, and things started out badly for the Dane. In September, Agger suffered a metatarsal injury that would rule him out until the New Year.

Come January, things went from bad to worse. As the defender was attempting to regain match fitness, he suffered a recurrence of the shattering injury in his second metatarsal, which ultimately sidelined him for the remainder of the season as he underwent surgery. 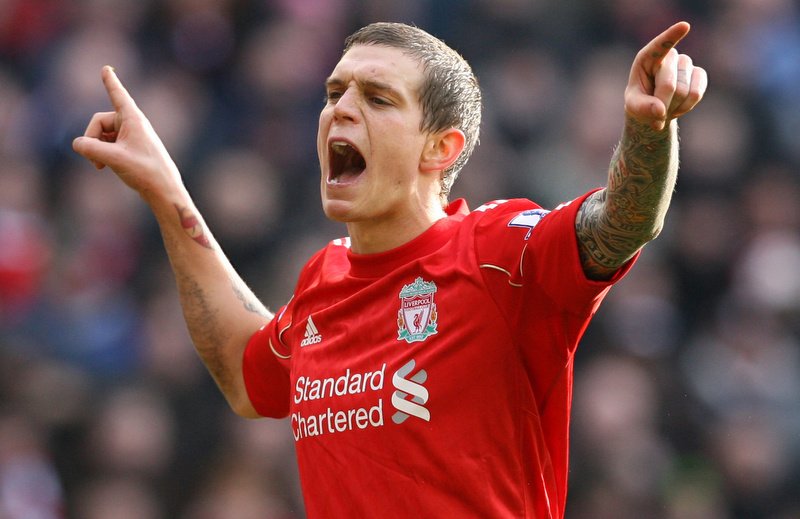 It wasn’t until July 2008 that the centre-half returned to full training, before featuring against Tranmere Rovers in a pre-season friendly.

But just as Agger was starting to find his feet again within the first-team ranks, injury struck once more, seeing him miss August’s schedule and the majority of September’s.

Eventually, the defender capped his return in sensational style, opening the scoring with a lovely free kick against Crewe Alexandra in the third round of the League Cup. From there, he went onto score another goal in 26 games in all competitions for the Reds during the 2008-09 campaign.

In May 2009, Agger was rewarded with a new five-year deal at Anfield. But just a few months later; he was forced to undergo surgery on a back injury, before returning to action in late-October and starring in Liverpool’s 2-0 win over rivals Manchester United.

Before the close of the 2009-10 term, Agger celebrated his 100th competitive appearance for the Reds against Blackburn Rovers in February and scored another majestic goal for the club, a skillful back heel against Benfica in the Europa League, in which Benitez’s men lost to Atletico Madrid in the semi-finals.

The following campaign was hampered by calf and knee injuries respectively, although concussion against Arsenal on the opening day of the Premier League season also ruled him our of Liverpool’s Europa League qualifiers, as then manager Roy Hodgson admitted the Dane couldn’t remember anything about the Reds’ clash against the Gunners.

Even after returning to full fitness, the emergence of Martin Škrtel saw Agger lose his first-team place under Hodgson, until the future England manager was replaced at Anfield by the legendary Kenny Dalglish.

The centre-half racked up another 21 appearances for Liverpool that term, although his knee problem curtailed his campaign early.

After enduring a familiar scenario, fighting to be fit for the new season, Agger began Liverpool’s Premier League opener at home to Sunderland (1-1), before celebrating his 100th top-flight appearance for the Reds in October’s 2-0 victory at West Brom.

The turn of the New Year proved profitable for Agger & Co, as the Denmark international opened the scoring in Liverpool’s 2-1 win over Manchester United in the FA Cup, before helping defeat Cardiff City on penalties in the 2012 League Cup final at Wembley, in which he suffered a fractured rib.

Moving into Agger’s penultimate term at Anfield, the defender endured a rather forgettable opening performance against West Brom, as he conceded a penalty and was sent off for hauling down Shane Long during their disappointing 3-0 loss.

But in three consecutive months, his fortunes turned. October, he signed a new long-term deal with Liverpool. Come November, he was named the 2012 Danish Player of the Year. Then in December, he scored his first goal of the season to beat Southampton 1-0 on Merseyside.

By February, 2013, Agger reached another milestone, his 200th appearance for the Premier League outfit, where he would end the campaign with three goals in 39 games.

The following summer was surrounded with speculation, as it was rumoured that Barcelona were interested in luring the Dane to La Liga, but Liverpool’s decision to appoint Agger as vice-captain, following Jamie Carragher’s retirement, seemed to do the trick and keep the defender at Anfield for one final year.

Despite the honour, the centre-back’s first-team opportunities were gradually diminishing as £18m summer signing Mamadou Sakho from Paris-Saint Germain was preferred to the Dane by Reds boss Brendan Rodgers.

After featuring for the full 90 minutes in just seven league matches in 2014, including an equaliser against Newcastle United on the final day of the season, that strike against the Magpies proved to be his last for Liverpool, as pastures new awaited for him in the summer.

On August 30, 2014, the club confirmed that Agger had rejoined his former club, Brøndby, on a two-year deal for a fee in the region of £3m.

Forty-five games later for The Boys from the Western outskirts, the Dane then announced his retirement from football upon the expiration of his contract in June 2016.

Nevertheless; Daniel Agger will forever be remembered as a cult hero for Liverpool, especially as the club holds a special place in the player’s heart.

As a qualified tattoo artist, and with dozens of designs spread across his body, Reds fans adored the fact their defender had the letter ‘YNWA’ (You’ll Never Walk Alone) tattooed on the fingers of his right hand back in 2012.

His Merseyside ink, fiery passion and spectacular long-range strikes will be fondly remembered and rejoiced by those Liverpool fanatics for years to come.