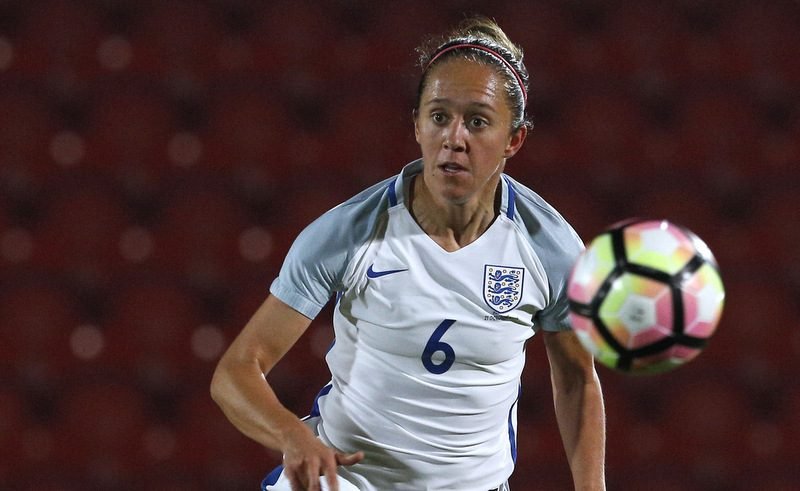 As England’s Lionesses prepare for their SheBelieves Cup campaign, Liverpool captain Gemma Bonner has been called up to the squad – replacing Jo Potter (Pictured), who has withdrawn due to a knee injury.

England’s first game in the round-robin tournament is against France in Philadelphia on Wednesday.

Back in England, London Bees have buzzed their way to the top of the Women’s Super League 2 Spring Series table as they staged a dramatic comeback against Watford at Kings Langley.

There has been one change to our #Lionesses squad for the #SheBelieves Cup with @gembon23 replacing @JoPotter8: https://t.co/8oNWTpfXse

Keith Boanas’s side had gone in a goal up at the break thanks to a Rinsola Babajide penalty, and they doubled their lead four minutes into the second-half with a Vicky Neal header.

Then Emma Beckett stole the show with an amazing long-range lob straight from kick-off, pulling a goal back for the visitors, and captain Ashleigh Goddard clawed her side level with 14 minutes to go.

Sheffield got their campaign under way with a 2-1 win against Millwall Lionesses, Hannah Cain and Sophie Jones both getting their names on the scoresheet and Ashlee Hincks managing a consolation goal for the hosts.

And Oxford and Brighton played out a 1-1 draw at Culver Road, with 16-year-old Evie Gane’s fine long-distance effort getting the better of Ireland international Emma Byrne and securing a point after Bronwen Thomas opened the scoring.