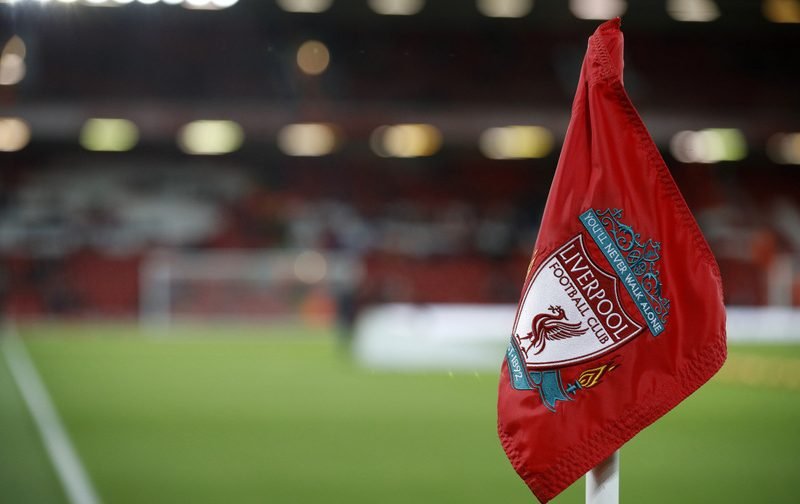 Having already looked at Ben Woodburn prior to his development into the Liverpool first-team, there is a growing anticipation that there could be more youngsters rolling through the youth academy at Kirkby. Could Glen McAuley be the next?

You know what it feels like. You’re out playing a game of football. You turn around to look at the touchline. No other than Steven Gerrard is barking instructions to you. For Liverpool’s youngsters, this has now become a regular occurrence.

“An old-fashioned centre forward”. There’s not many of them around now. The Merseyside club might just have one, though. He goes by the name of McAuley.

Those were the words of Liverpool Under-18’s manager Neil Critchley, earlier in the year. After settling into life at Kirkby, there is a growing anticipation surrounding the young Irish forward.

Great work from all the boys tonight 16th of the season pic.twitter.com/w6JSLRAWMX

Having already netted on 16 occasions this season, and with the guidance of a local lad who has already achieved the dream, there is a growing belief that McAuley can Shoot for the Stars.

McAuley’s journey doesn’t start in Merseyside, however, in fact, the journey started in a town you’ve probably never heard of. The 17-year-old grew up in the town of Tallaght, a town of around 100,000 people in the South of Dublin.

Despite growing up in a county renowned for the use of a leather ball instead, McAuley only had one interest, football was his first love (or soccer, as they call it in the South of Ireland).

I guess it may have been inherited through the genes. His father is football mad. It was written in the stars that McAuley made the trip to the North West of England, his father has always been a keen Liverpool supporter since his childhood.

Ask any professional footballer and your grounding in the beautiful game is fundamental. The first few local clubs you join are imperative in your development. Thankfully, for McAuley, his grounding was excellent, despite having also previously featured for Crumlin, Cherry Orchard and Kingswood in the past, most of McAuley’s development came when wearing the black and white shirt of local side St Joseph’s, a club who have seen the likes of FA Cup finalist Paul McShane and former Wolves man Andy Keogh graduate from in the past.

It was at Crumlin, however, where his name started being brandished about the scouting world. It was the Under-12 SFAI National Cup Final. St Kevin’s was the opposition for McAuley and his young team-mates. The young striker shone, scouts began to remember his name.

Before the Scot’s retirement in 2013, he held personal talks with the Irishman and his family. Nothing came to fruition, however. How things could have been so different.

The man who eventually won him over was a master of youth football, then Liverpool manager Brendan Rodgers, who persuaded McAuley to sign for The Reds in April 2014 because of his experience in and around academies. The dream was one step nearer.

There was one problem, however. He couldn’t make the move to Merseyside until he reached the age of 16.

Instead, despite still being contracted to the Liverpool club, he had to remain in the Republic of Ireland. He would still appear in the Red shirt of Liverpool, however, he shone in the 2015 Milk Cup, bagging a brace against Tyrone as The Reds were knocked out at the semi-final stage to a Southampton side, who went onto lose 7-0 in the final.

By the summer of 2016, it was time to say goodbye to the South of Ireland and say hello to Merseyside.

Since his move, his progress has been outstanding. He has netted on 16 occasions, leading to him becoming the second top goalscorer in the Under-18s Premier League. Highlights include a brace against Stoke City in the opening weeks of the season, and a goal against fierce rivals Manchester United just a few weeks ago.

After all the hard work and dedication McAuley has put in this season – the season of his life – he could just do with a reward. That reward came in late February when he signed his first professional contract.

It was a joyous day for the McAuley family, Ireland began to take notice of the young number nine. One of the people who took notice was a man used to an octagon more than a football pitch, the well renowned UFC fighter Conor McGregor sent a congratulatory video message to him. That’s one for the scrapbook.

This season, one of Jurgen Klopp’s philosophies has been to promote youth.

With Ben Woodburn and Trent Alexander-Arnold already having made the step-up, there is a growing belief that McAuley can be the next to surround himself with the Liverpool first-team.