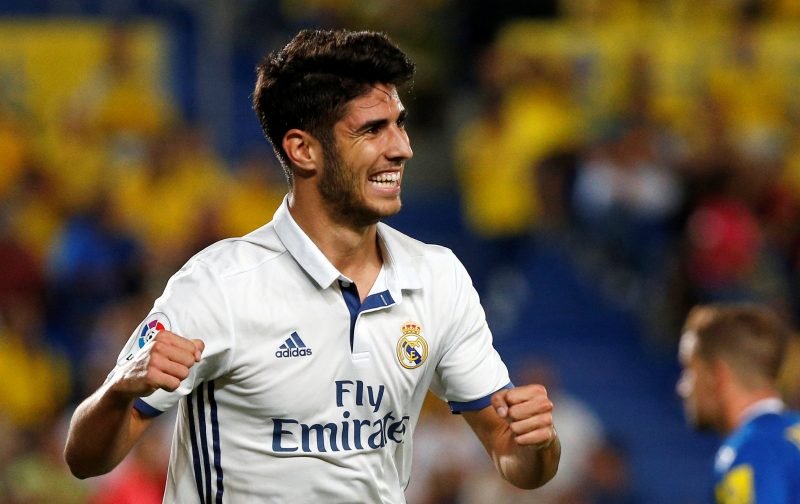 The summer ahead for Liverpool is perhaps their most crucial in recent years as they look to continue their rise under the stewardship of manager Jurgen Klopp.

The Reds have progressed at a steady rate under the former Borussia Dortmund manager, however they must continue to invest over the coming months if they are to keep pace with the top four.

With the Champions League a possibility for next season, Klopp will be looking to have a squad more than capable of competing at home and on the continent.

With that in mind, the Merseysiders are chasing a big money deal for a prospect of which Klopp has long been an admirer.

According to reports in Spain, via Sport Witness, the Reds have launched efforts to land a club-record €50m deal for Real Madrid youngster Marco Asensio.

The 21-year-old has risen to prominence under Zinedine Zidane, scoring nine goals in all competitions. However, having impressed in the Spanish capital it seems the Madrid boss is hell-bent on keeping his man, having labelled Asensio ‘unsellable’.