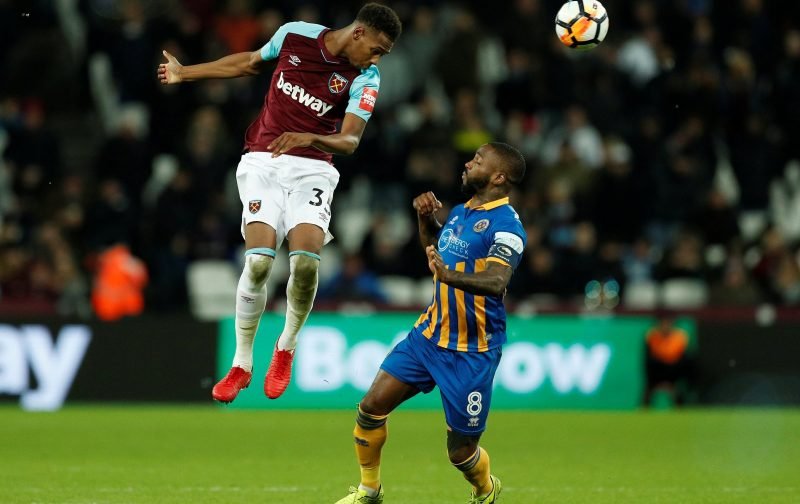 Manchester City and Borussia Dortmund have been scouting West Ham United’s Reece Oxford, according to The Sun.

The 19-year-old has not made any first-team appearances for the Hammers this term under Manuel Pellegrini.

However, despite a lack of game time at senior level, the versatile teenager was reportedly watched by both the Cityzens and Bundesliga leaders in an Under-23s match last week.

The duo, who were said to be in attendance alongside Hoffenheim, watched Oxford score the opening goal as young Irons lost 3-2 against Chelsea in Aldershot.

The Premier League champions are thought to be long-term admirers of the England Under-20 international who is even more appealing as he can boost their quota of homegrown players.

Oxford spent last season on loan in Germany at Borussia Monchengladbach and it is reported that he has had bids in the region of £10million and £20million to take him away from the London Stadium.

Despite interest in him, It is believed that West Ham’s youngest-ever player at 16 wants to stay and fight for his place at the club.