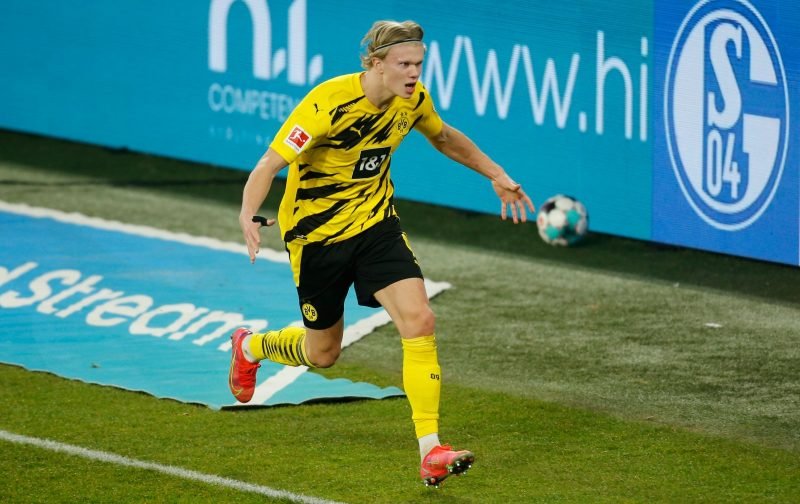 Erling Braut Haaland reminded everyone of his world-class ability last week as he scored twice in Borussia Dortmund’s 3-2 Champions League victory over Sevilla.

The Norwegian forward has now scored 25 goals in 24 appearances across all competitions this term, and has now notched a staggering 18 goals in 13 Champions League games over the past two seasons.

The Dortmund star, who has a £68 million release clause starting next summer, has already attracted interest from a number of Europe’s elite and is sure to trigger a bidding frenzy when the transfer window reopens at the end of the season.

However, according to the Daily Star, the 20-year-old will demand an eye-watering £78 million in wages over five years to join the Premier League. 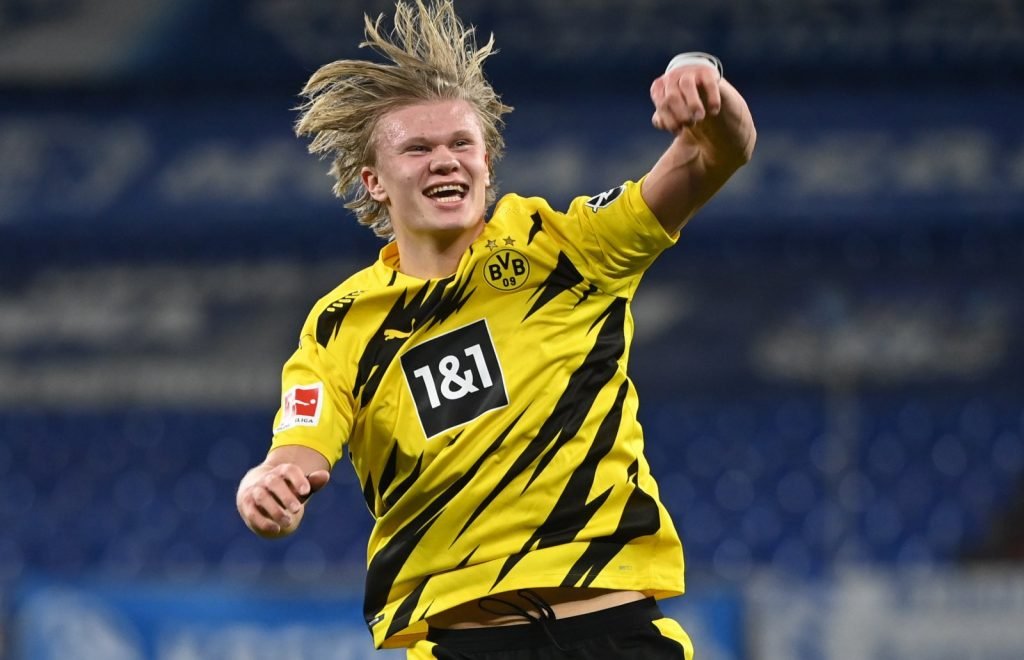 Haaland has scored 40 goals since joining Dortmund in January 2020

Chelsea and Manchester United are rumoured to have significant interest in the player, whilst it is also reported that City boss Pep Guardiola views Haaland as the heir to Sergio Aguero’s star striker spot at the Etihad.

The report claims that all clubs interested in signing Haaland, including those in the Premier League, have been notified of the potential demands of the player and what it might cost in wages alone.

The Norway international’s agent, Mino Raiola, is likely to attempt to broker a mega money deal for the player this summer, rather than waiting until the release clause becomes active in 2022.

Whether any Premier League club will be able to afford the staggering amounts of money it make take to sign Haaland remains to be seen.