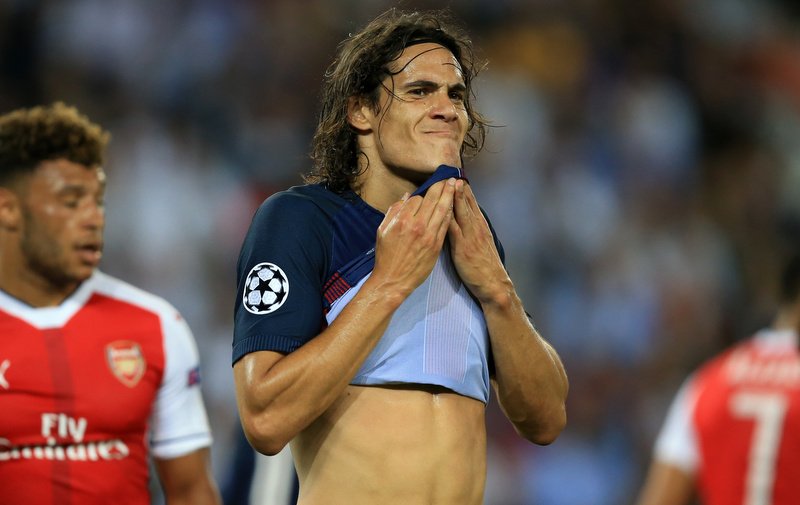 The 29-year-old, who has reportedly been of interest to both United and Mourinho’s former club Chelsea for around 18 months, is currently stalling over a new contract with the French champions, which could see the former Real Madrid boss pounce.

The Uruguay international has bagged 20 goals in as many appearances so far this term, and is being considered as a long-term replacement for 35-year-old Swede Zlatan Ibrahimovic at Old Trafford.

Despite a strong goalscoring record so far, the former Napoli striker looked incredibly wasteful in his two outings against Premier League opposition, when the French giants faced Arsenal in the Champions League, which could be a problem for Mourinho.

The 89-cap striker has a new three-year-deal on the table in Paris but continues to hold off on putting pen-to-paper as he mulls his future.