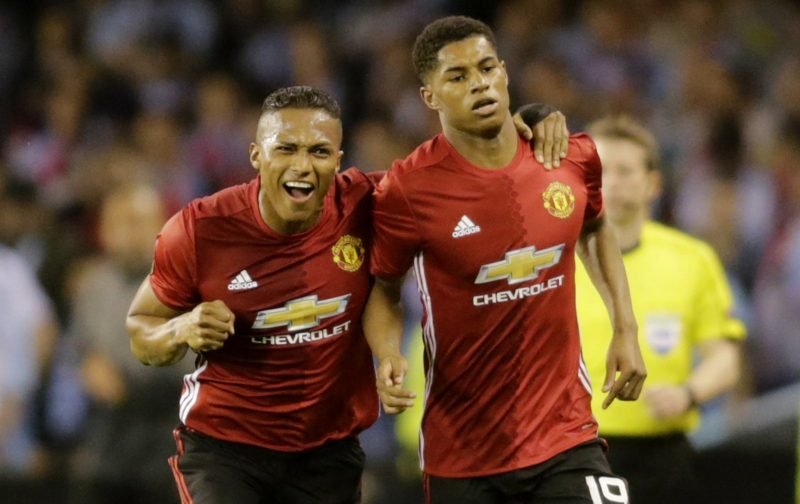 Manchester United are on course to reach the Europa League final after edging past Celta Vigo 1-0 in the first leg of their last four clash.

Jose Mourinho’s men have seen their quest for a Premier League top four place take a hit in recent times, placing even greater pressure on achieving glory in Europe’s secondary competition as they look to return to the Champions League.

And 19-year-old Marcus Rashford has set them on their way to the final in Stockholm at the end of this month with his wonderful free-kick the difference in Vigo on Thursday night.

It means that United have a slender advantage and a crucial away goal to take to Old Trafford next Thursday, and they’ll be hot favourites to get the job down and thus advance to the showpiece on May 24, where Lyon or Ajax will be awaiting.

Every United player fought like a warrior tonight. Great performance. Just the finishing is still not there, but great result. #mufc

Great performance from United at Vigo tonight! In solid shape for the return leg at Old Trafford! #MUFC

Loved Rashford’s goal tonight but Pogba has to be the MOTM! Worldie of a performance! #CELMUN #MUFC

Pogba was brilliant today! Half the job done today Reds and btw Rashford and that free kick bring on next Thursday #MUFC

Pogba absolutely bossed that Vigo midfield last night. Class performance! Exactly what we miss when he is not there… #mufc

Marcos Rashford made the difference with a brilliant free-kick. The young lad qualities are exceptional. #MUFC

While several Red Devils fans are anticipating their team reaching the final in Stockholm later this month, yet some are urging caution ahead of next week’s return leg at Old Trafford…

A close step to the final#GGMU#MUFC

Really hope the team aren’t thinking the tie is won tonight. It’s a good result, but we still need to put in a top performance at OT! #MUFC

It not over yet guys. #mufc