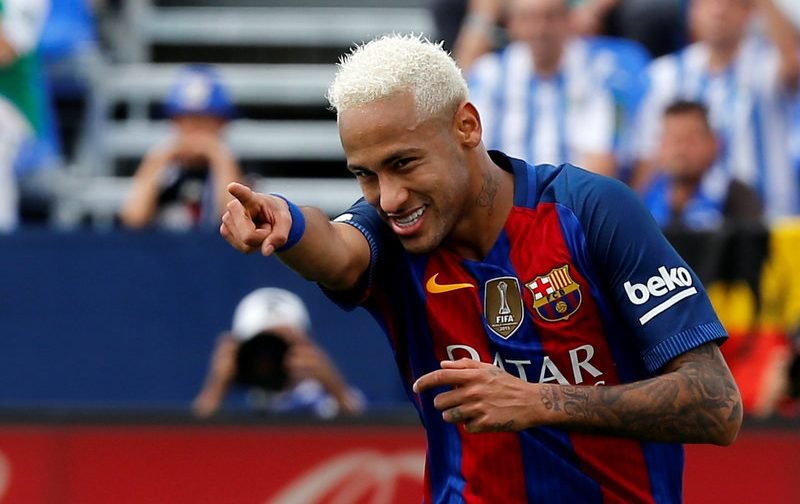 Manchester United have recently been linked with a staggering £173 million deal to bring Brazilian forward Neymar to Old Trafford in the summer.

The 25-year-old has scored 99 goals in just 176 games for Spanish giants Barcelona since moving to the Nou Camp, and has developed quite the partnership with Luis Suarez and Lionel Messi to become football’s most devastating frontline.

But it seems like that front three could be broken up this summer, with Jose Mourinho’s United ready to match Neymar’s €200 million release clause in a bid to tempt him to Old Trafford.

With the Red Devils also reported to offer the Brazilian star a €25 million a year contract to move to England, there is a very real possibility that the 25-year-old could be playing his trade in the Premier League next season.

And speculation about Neymar’s future stimulated quite the response on social media, with Spanish journalist Guillem Balague stating that he does not expect the Barca forward to move this summer, news United fans took as the complete opposite given Balague’s past statements on transfers, notably that of Paul Pogba…

@GuillemBalague Done deal to united then

@GuillemBalague lol means he is coming to old Trafford

@GuillemBalague playing for United in the Champions League Semi Final, am I right?

@GuillemBalague that means he will leave

If we Buy Neymar and Sanchez this summer, We will win everything @manutd #MUFC

People saying we've got no chance of getting Neymar. It's common knowledge Woodward's been after him for years. Anything can happen.#MUFC