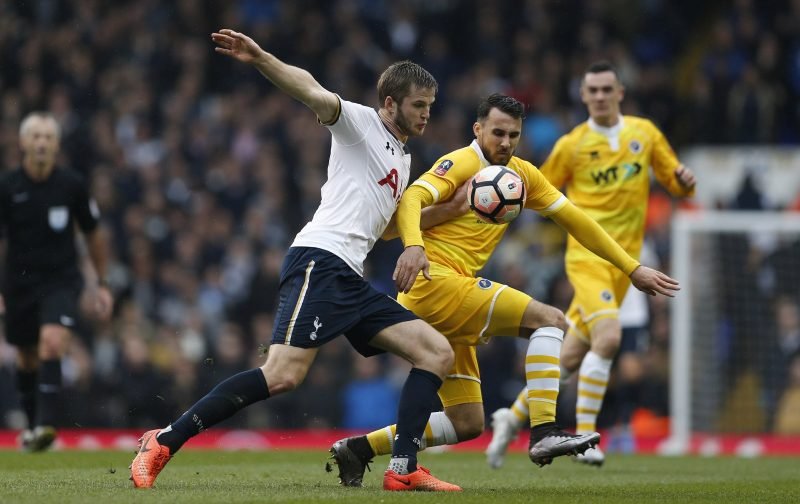 Manchester United are optimistic of landing Tottenham midfielder Eric Dier this summer, according to The Daily Telegraph.

The England international has started 28 of Spurs’ 32 Premier League games this season, helping Mauricio Pochettino’s side to second in the division and just four points adrift of leaders Chelsea with six games to go.

However, of his 39 starts in all competitions this term, only 12 have seen him play in his preferred central midfield role, where he regularly plays for England, while the other 27 has seen him fill in at the back, be it in a back four or a back three.

And United boss Jose Mourinho is willing to offer Dier a regular position in his midfield should he make the move to Old Trafford, with the Red Devils reportedly willing to offer £40 million for the 23-year-old.

With Michael Carrick still yet to agree a new deal at Old Trafford, Mourinho may be planning for life without the 35-year-old, which presents a problem given how integral he remains to the tempo and control United have in the middle of the park.

However, Mourinho clearly sees Dier as the ideal long-term replacement for Carrick, and given that he already has 95 Premier League appearances and 17 England caps under his belt, he has accumulated significant experience at the top level, and would seamlessly slot into the United midfield.