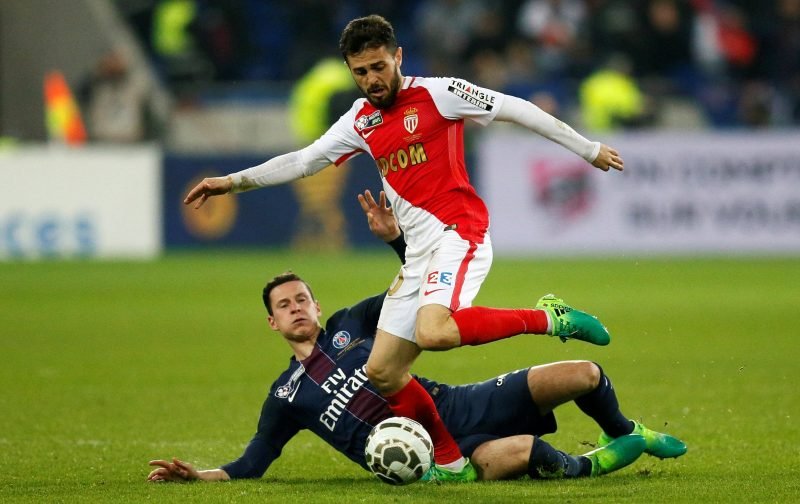 Manchester United are lining up an £80 million double swoop for Monaco’s Bernardo Silva and Paris Saint-Germain’s Blaise Matuidi this summer, according to The Sunday Express.

Red Devils boss Jose Mourinho will be hoping for a better campaign at Old Trafford next time round after failing to mount a Premier League title challenge this term, with his men currently 14 points adrift of leaders Chelsea with just five games remaining.

Getting into the Champions League, be it by finishing fourth in the division or by winning the Europa League, remains integral for United as that will help in their quest to attract some star names, and it has been reported that Mourinho has turned his attentions to France and Ligue 1 as he looks to strengthen his team.

22-year-old Silva has been in wonderful form as part of one of the deadliest attacking units in the world this season, with the Portugal international having scored six goals and laid on nine assists in 33 league games for Monaco.

He has bagged crucial assists in their last two Ligue 1 victories over Lyon and Toulouse to maintain their slender lead over Unai Emery’s Paris Saint-Germain at the summit, but Les Parisiens midfielder Matuidi will hope to do something about that between now and the end of the season.

The 30-year-old has scored four times and laid on three assists in 30 league games for the French giants this season, including a brace in a man-of-the-match display against Metz a few weeks ago.

And with a goal in their 5-0 thrashing of Monaco in the Coupe de France last week, Matuidi has once again proven his worth to the side with big goals in big games, yet it has been reported that United have enquired about his services as they look to bolster their own midfield options.

A double deal for the midfield duo is likely to set United back £80 million, but with expectations high ahead of next season, Mourinho will certainly need to spend big this summer to take the Red Devils back to the top of the Premier League.