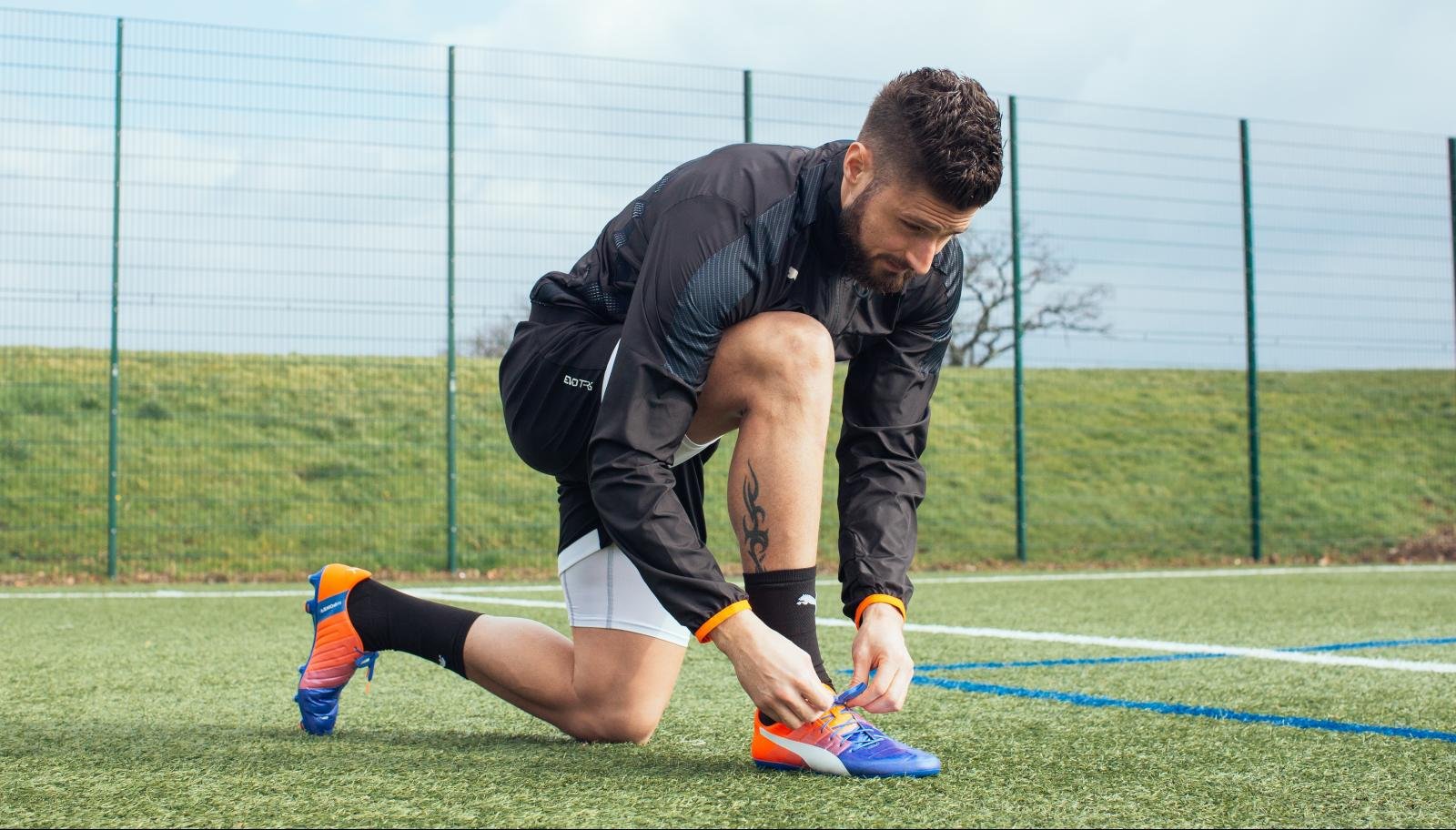 PUMA Football has released the latest colour editions to its evoPOWER and evoSPEED boot silos.  The new evoPOWER is presented with a striking colour gradient of blue in the toe morphing into an orange heel, complete with a white form stripe and detailing.  Arsenal striker Olivier Giroud, Nice star Mario Balotelli and other PUMA players will be wearing the boot from Friday.

The revamped evoSPEED has a white and orange base design complete with black form stripe.

It will be worn on pitch for the first time by PUMA players including Sergio Agüero and Antoine Griezmann, who has been mooted as a long-term target for Man United, from Friday as well.

The evoPOWER 1.3 boot keeps the principles of barefoot kicking at its core, with increased flexibility resulting in more kicking power.  The evoSPEED is light and responsive, to improve speed and maneuverability.

“I like this new colour style,” said French International and PUMA player Antoine Griezmann. “It’s an interesting design and definitely stands out which is a quality of a football boot that I like.  PUMA has done a great job once again.”

French international striker and PUMA Player Olivier Giroud added: “The colourway of this new evoPOWER is great, but the colour design is also very nice.  The transition from blue to orange looks very powerful, it is an excellent complement to the technology within this boot.”

The new PUMA evoPOWER 1.3, evoSPEED SL and evoSPEED 1.5 are available to purchase online at www.puma.com and in stores worldwide from Friday 30 September.