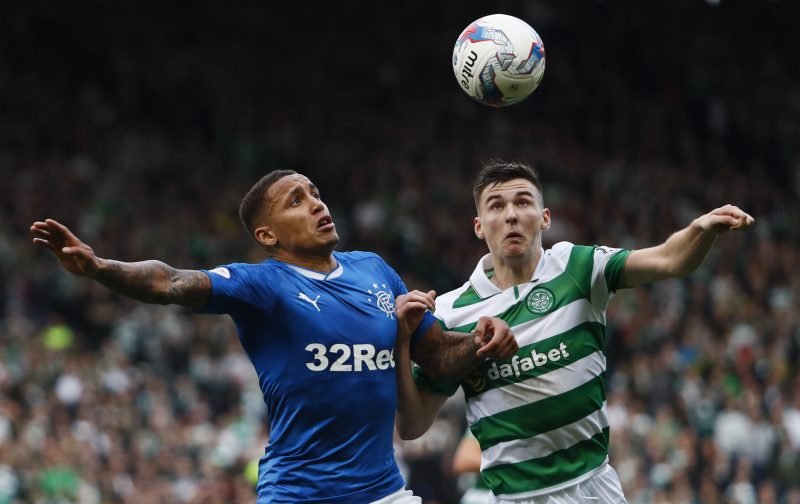 Manchester United are chasing a deal for Celtic’s young defender Kieran Tierney, and will move quickly in order to fend of interest from Premier League rivals, according to reports from The Mirror.

The 19-year-old, who impressed when Brendan Rodgers’ side drew 3-3 with Manchester City in the Champions League is also reportedly a target for Arsenal, Chelsea and the Sky Blues themselves.

With that in mind, Jose Mourinho is considering a January swoop for the £10m rated left-back, as the Portuguese looks to continue the overhaul of his squad, with focus on the defence.

The Scotland international is close to a return from a lengthy ankle injury, but could find that he makes his come-back in Manchester.

The youngster has impressed on all stages this term, picking up seven assists in 19 appearances in all competitions for the Scottish champions.

His form has resulted in frequent visits from Man United scouts to cast their eye over the defensive prospect.