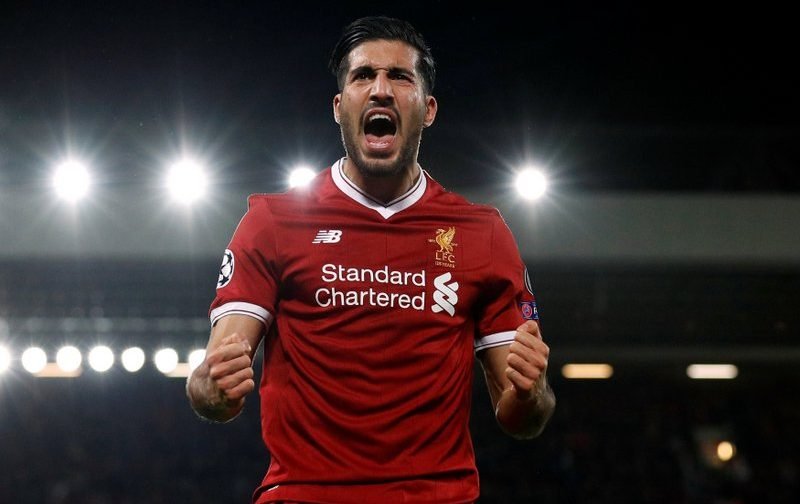 Manchester City are reportedly preparing an offer for Germany international midfielder Emre Can, according to Calciomercato.

The Premier League leaders, who host Arsenal at the Etihad Stadium on Sunday afternoon in the top-flight, have been linked with the Liverpool star, with the player’s current contract set to expire at the end of the current 2017-18 campaign.

The 23-year-old, who has 18 international caps for his country, has scored three goals and provided two assists in 14 appearances in all competitions for The Reds so far this season.

Can, who arrived at Anfield back in July 2014 following his switch from Bundesliga outfit Bayer Leverkusen, has netted 11 times in 143 games overall for Jurgen Klopp’s side. 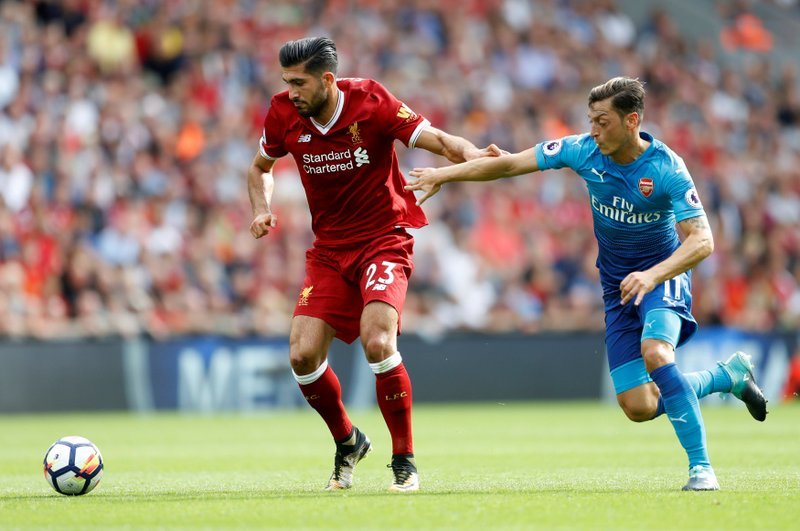 Liverpool’s Emre Can in action with Arsenal’s Mesut Ozil.

The report suggests Premier League leaders Manchester City have joined Serie A champions Juventus in the race to land the German central midfielder, who has so far failed to commit his long-term future to the Merseyside outfit.

Can would be allowed to negotiate a summer [free] transfer to a new club following the January transfer window, should he not extend his contract at Anfield, or leave in the New Year market for a transfer fee.