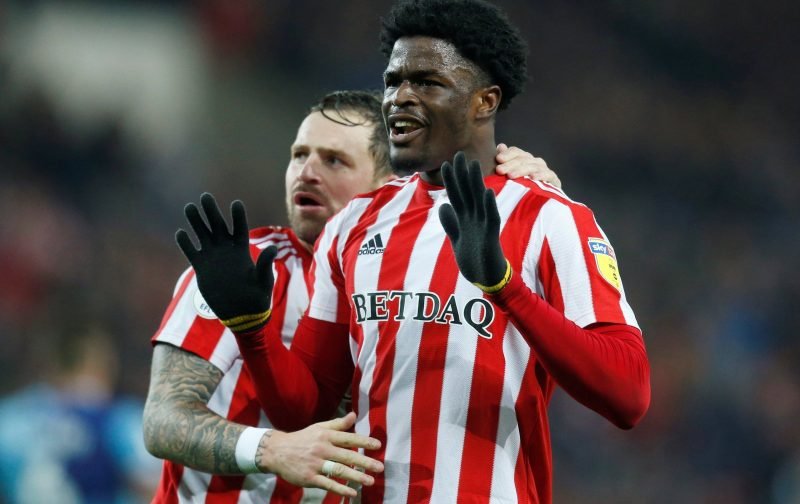 Manchester City are one of three Premier League clubs chasing Sunderland striker Josh Maja, according to The Guardian.

Crystal Palace and Huddersfield Town are also reportedly on the trail of the 20-year-old who has rejected a new deal with the Black Cats.

The Lewisham-born star’s contract expires at the end of the season and having netted 14 League One goals this term, the Wearside outfit were hoping to him down to a new deal.

However, Sunderland owner Stewart Donald tweeted on Friday that he’d been informed that Maja would not commit to the club, further fuelling speculation that he is set to leave the Stadium of Light.

@SunderlandAFC Josh Maja update. Yesterday Josh asked to see Jack to say he will sign. Today I got a call from Sky TV saying he won’t sign. Josh advised his agent has said don’t sign but no courtesy to tell the club – Also we offered what the agent indicated!!! Busy January ahead

Maja moved to Sunderland from Fulham in 2015 and actually netted his first senior goal on his senior league debut against the Cottagers in December 2017.

He now sits second in the League One scoring charts after a decent first half to the season which has put the club right in promotion contention.