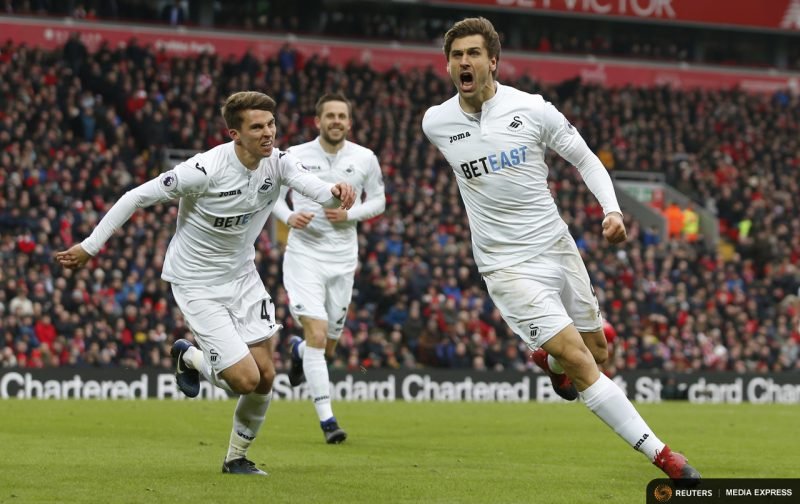 The Premier League side, who climbed up to third in the English top-flight standings on Sunday following their late 2-1 win over Swansea City, have been linked with a summer swoop for The Swans’ striker.

The 31-year-old, who has 24 international caps for his country, but has not represented Spain since November 2013, has scored eight goals in 23 appearances in all competitions for Paul Clement’s side so far this season.

Llorente, who arrived at the Liberty Stadium back in August 2016 following his move from La Liga side Sevilla, is also said to be attracting interest from Premier League leaders Chelsea.

The report suggests The Citizens have entered the race to land the towering Spaniard, who was part of the 2010 FIFA World Cup winning squad in South Africa.

Llorente started for Swansea against City on Sunday, only to be booked on the hour-mark, before being substituted for Borja Baston on 83 minutes.