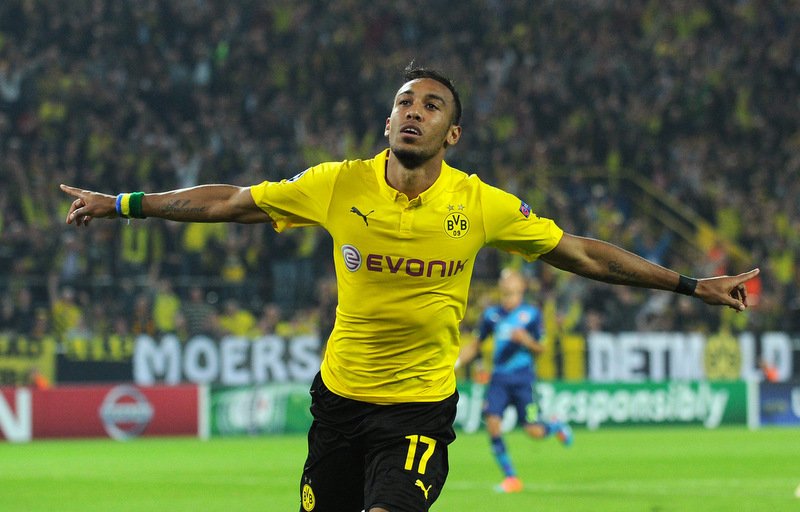 Manchester City are reportedly keeping close tabs on Gabon international goalscoring machine Pierre-Emerick Aubameyang, according to The Sun on Sunday.

The Premier League side, who surprisngly lost 4-2 to the hands of defending English top-flight champions Leicester City on Saturday at the King Power Stadium, have been linked with making a move for Borussia Dortmund’s star striker ahead of the upcoming January transfer window.

The 27-year-old, who has 52 international caps for his country, has impressively scored 19 goals and provided four assists in just 20 appearances in all competitions for the Bundesliga outfit so far this season.

Aubameyang, who is also attracting firm interest from La Liga giants Real Madrid, is on the Citizens’ radar as a potential replacement for fellow forward Sergio Aguero at the Etihad Stadium.

The report suggests that City director of football, Txiki Begiristain, has personally checked on the Dortmund ace, with the striker scoring one and setting up another strike against Madrid in their 2-2 Champions League draw in midweek.