Manchester City knock Reading out of the Women’s FA Cup 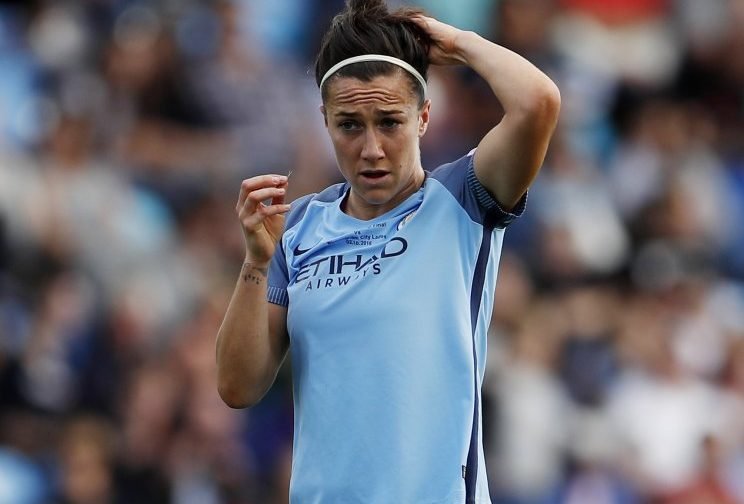 Manchester City Ladies are through to the quarter final of the Women’s FA Cup after beating fellow WSL 1 side Reading Ladies 1-0 on Saturday.

Lucy Bronze got the only goal of the match with a well-struck volley shortly before the end of the second half.

The hosts came close to taking the lead inside the first ten minutes, with Reading skipper Kirsty McGee nearly putting Demi Stokes’ cross past her own goalkeeper.

City dominated the vast majority of the first half, with both Nikita Parris and Jill Scott coming close to breaking the deadlock.

The visitors were only able to threaten their opponents via their high pressure, with City skipper Steph Houghton nearly gifting chances to Reading on two separate occasions inside the opening 45 minutes.

The hosts’ best chance came shortly before the interval – Scott picked out Parris with a well-placed header, but the latter was unable to keep her close range header under the bar.

City were awarded a penalty midway through the second half after Bronze was bought down in the penalty area by Manoy Van Den Berg. Georgia Stanway stepped up to take the penalty, but her effort was saved by Reading goalkeeper Mary Earps.

Parris came close for City immediately after the penalty miss after she was picked out at the back post by Melissa Lawley, however Parris’ effort forced Earps into action once again.

With the hosts unable to break down Reading, Kosovare Asllani was introduced. Just minutes after coming on, she thought she had put her side ahead, but Earps once again was not being beaten easily.

Fellow substitute Jane Ross, who recently celebrated her 100th cap for Scotland, also had an effort saved by Earps.

However, City finally opened the scoring with less than ten minutes left of the match.

Lawley’s free kick was cleared out to the edge of the box and it fell straight to Bronze. She struck a high dipping volley at Earps, who was only able to push the shot onto the underside of the bar before it trickled over the line.

City Ladies are now only three matches away from securing their first ever Women’s FA Cup trophy.