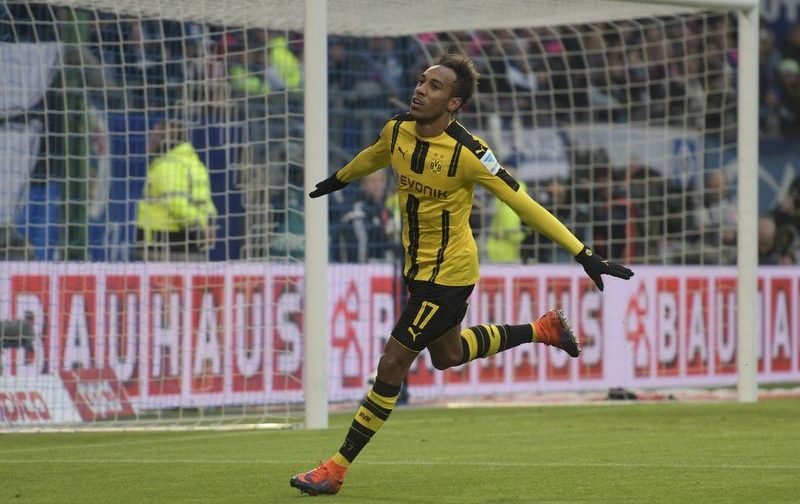 Manchester City have reportedly identified Gabon international superstar Pierre-Emerick Aubameyang as an ideal replacement for Sergio Aguero, according to The Sun.

The Premier League side, who have climbed up to third in the English top-flight standings following Sunday’s late 2-1 victory over Swansea City, have been linked with offloading the Argentina international come the end of the current 2016-17 campaign.

The 28-year-old, who has scored 18 goals in 26 appearances in all competitions for The Sky Blues so far this season, has been benched by manager Pep Guardiola for City’s last two Premier League outings following the £27m arrival of Gabriel Jesus.

The report suggests that Guardiola would make a move for Borussia Dortmund ace Aubameyang if Manchester City decide to cash in on Aguero this summer.

The 27-year-old, who featured for Gabon at the 2017 Africa Cup of Nations last month, has remarkably netted 21 times in 24 games in all competitions for the Bundesliga outfit so far this season.

City will make a £40m-plus offer for the star striker, who is also attracting interest from Real Madrid.