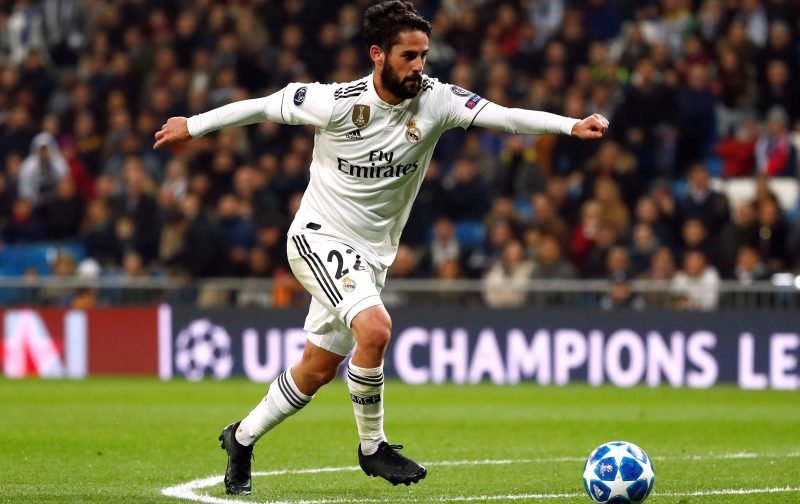 Manchester City have made contact with Real Madrid over the transfer of Isco, according to Spanish outlet AS.

The 26-year-old has lost his place in the side at the Bernabeu, starting just once since Santiago Solari replaced the sacked Julen Lopetegui.

In his last appearance, the Spain star was booed by his own fans as Los Blancos were embarrassed 3-0 at home by CSKA Moscow in the Champions League.

This scenario and a lack of game time has reportedly caught the attention of City boss Pep Guardiola, who is thought to be an admirer of the playmaker.

The Cityzens came close to signing the attacking midfielder from Malaga in 2013 before he opted to stay in Spain. 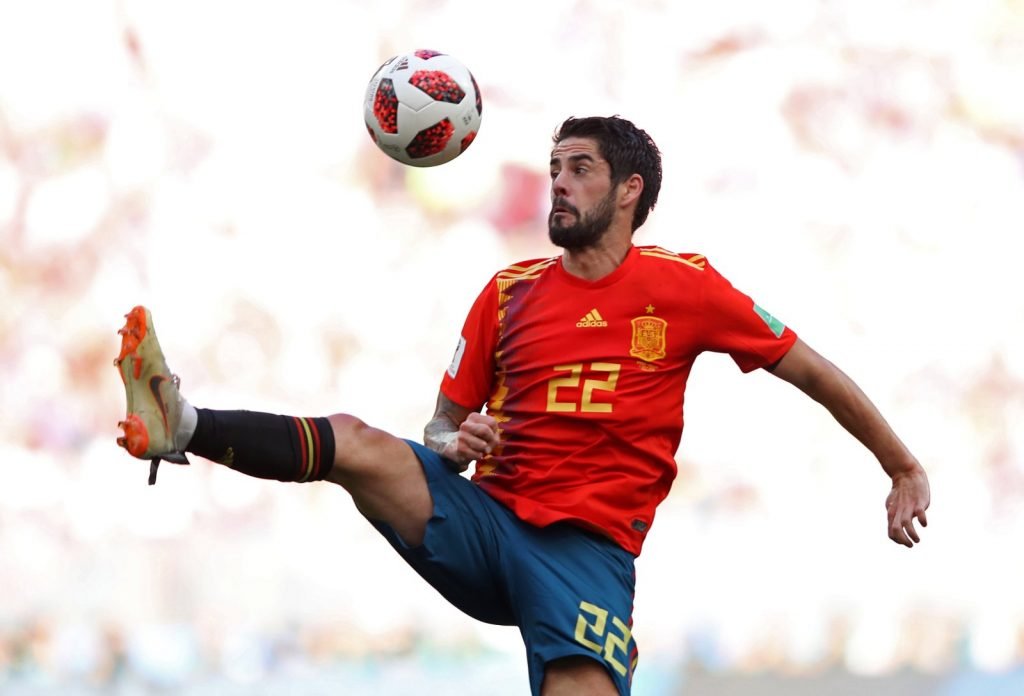 Isco has played 34 times for Spain.

And now it is reported they have made contact with the European champions to discuss Isco’s situation.

The La Liga giants have the Spaniard tied down until 2022 to a contract which has a release clause of £629m.

However, it is thought that Real would consider a bid in the region of £90m for the man that’s played 257 games for them.