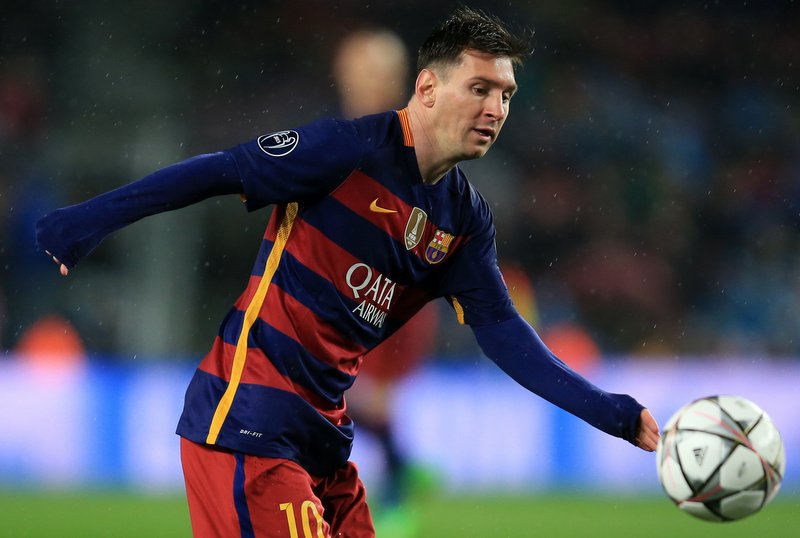 Manchester City are still holding out hope that they can land Barcelona superstar Lionel Messi this summer, according to The Daily Express.

The Argentina international has spent his whole professional career at the Nou Camp, playing for both the B and C teams before making the step up to the first team back in 2003.

Since then, the 29-year-old has scored an unbelievable 492 goals in just 570 games for the Catalans, winning La Liga eight times as well as four Champions League titles.

However, his future at the Spanish giants remains slightly uncertain given that his contract expires next summer, and he has yet to agree an extension with the club.

And, given that Manchester City boss Pep Guardiola worked alongside the forward during their hugely successful time at Barcelona between 2008 and 2012, a move to the Etihad Stadium to reunite with his old boss is not out of the question.

The Citizens will be looking to strengthen this summer after a solid if unspectacular first season under Guardiola, who saw his side knocked out of the Champions League in midweek at the hands of free-scoring Monaco.

There is expected to be much change at the Etihad in the close season, with as many as 18 players potentially leaving the club, which could open the door to Messi making a sensational move to England.

It still seems unlikely, even Guardiola himself in the past has admitted that it’s not going to happen, yet the longer Messi stalls on a new deal at the Nou Camp, the more City will believe that they can get the 29-year-old this summer.