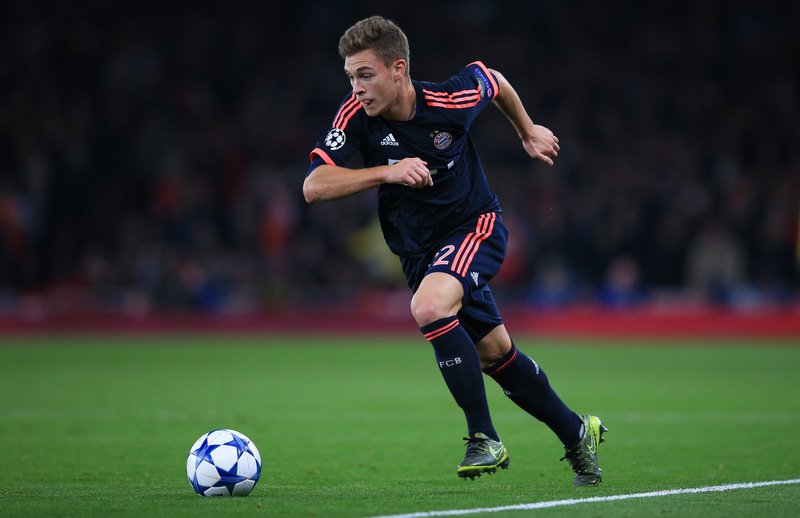 Manchester City manager Pep Guardiola is hoping to bolster his defensive options with the signing of Bayern Munich’s versatile 22-year-old Joshua Kimmich this summer, according to The Sun.

The German international has struggled for gametime under Carlo Ancelotti this season, starting just ten of their 24 Bundesliga matches so far, as well as only three of their eight Champions League clashes.

And with just one start in his last five games for the German giants, Kimmich is clearly finding it tough imposing himself on Ancelotti’s first team plans, and given that Guardiola gave the 22-year-old his debut at the club last season, it’s evident that he’s a player he rates and wants in his side.

The Manchester club have struggled defensively for much of the campaign, and it is at full-back where Guardiola will be looking to the long-term, with his current options of Bacary Sagna, Gael Clichy, Pablo Zabaleta, and Aleksandar Kolarov all over 30.

And with the first three out of contract in the summer, Guardiola looks set to completely overhaul his backline so they can be better at the back next term, both in the Premier League and in Europe.

City were knocked out of the Champions League this week despite taking a 5-3 lead to Monaco ahead of the second leg, with the French side eventually prevailing on the away goals rule after it finished 6-6.

Kimmich clearly fits the ball, and given that he has played and flourished for Guardiola before, and can indeed play in the centre of defence, he looks like the perfect defender to bring in to help City become genuine title challengers next season.