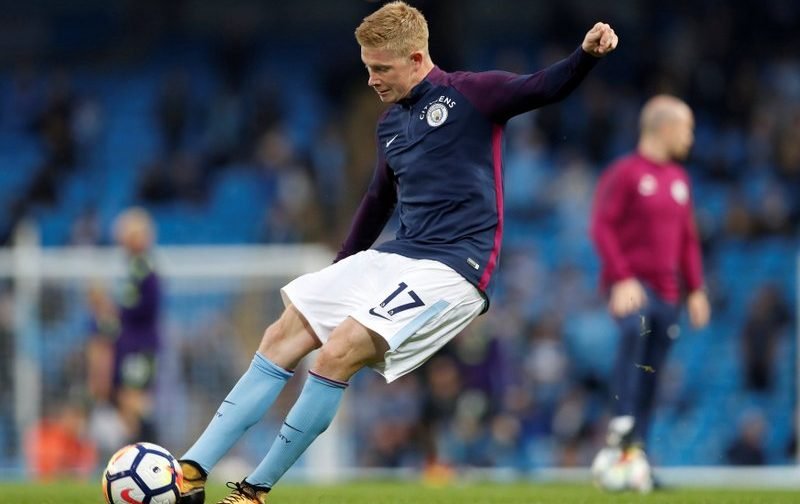 The Premier League side, who thrashed Watford 6-0 at Vicarage Road on Saturday afternoon, are poised to offer their midfielder a new £200,000-a-week deal following his terrific start to the 2017-18 season.

The 26-year-old, who has 53 international caps for his country, has provided four assists in six appearances in all competitions for the top-flight leaders so far this term.

De Bruyne, who arrived at the Etihad Stadium back in August 2015 for a then club-record £55m deal from German outfit Wolfsburg, has scored 23 goals in 96 games overall for City.

Despite the Belgian attacking midfielder still having nearly three years remaining on his current deal, the report suggests the club are ready to offer their star player fresh financial terms on a new long-term contract.

The £200,000-a-week suggestion is a significant increase on his current £150,000-a-week wage, with manager Pep Guardiola determined to wrap up negotiations before next summer’s 2018 FIFA World Cup finals in Russia.