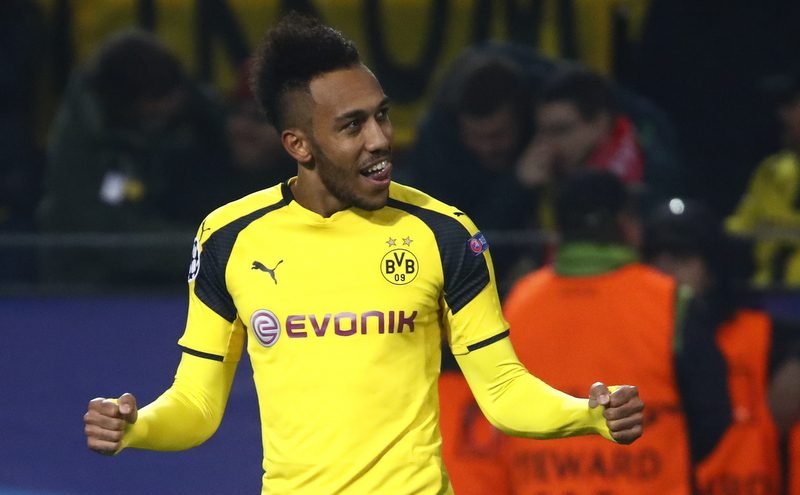 Manchester City will reportedly make a move for Gabon international superstar Pierre-Emerick Aubameyang, if fellow striker Sergio Aguero leaves this summer, according to The Sun.

The Premier League side, who stumbled to a goalless draw at home to Stoke City in the top-flight on Wednesday night, have been linked with the in-form Borussia Dortmund forward, should they decide to offload Argentine Aguero.

The 27-year-old has remarkably scored 28 goals and provided four assists in 31 appearances in all competitions for the Bundesliga outfit so far this season.

The report suggests that forward Aguero will consider his future at the Etihad Stadium at the end of the current 2016-17 campaign, after falling behind new arrival Gabriel Jesus in the pecking order, before injury struck the Brazilian starlet.

Aguero, who joined City back in July 2011 following his switch from La Liga outfit Atletico Madrid, has netted 23 times in all competitions this term.

Should he leave, the report suggests the Premier League club will go all-out to land Dortmund hitman Aubameyang in a £40m-plus swoop.