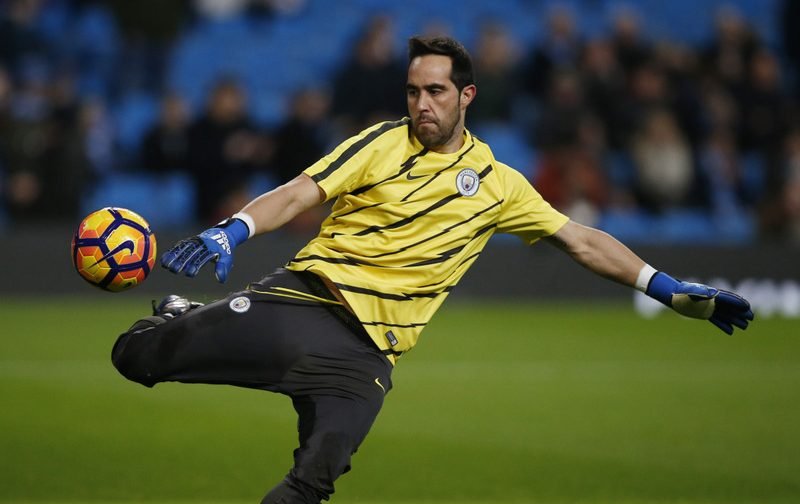 Whilst there were goals to savour for Sergio Aguero, Leroy Sane, Pablo Zabaleta and Kelechi Ihenacho, it was not plain sailing down the other end of the pitch.

There was always going to be a large amount of focus on Claudio Bravo as he donned the gloves, in place of England number one, Joe Hart, back in the summer. Especially considering the Chilean came from La Liga champions Barcelona.

But unlike his spell in Catalonia, Bravo has been far more exposed and has had a much heavier workload. If you like, he really has had to work hard this season, to earn his living.

It says a lot when your own fans are cheering ironically when you catch the ball or actually make a save – as unconvincing as they may appear. A goalkeeping error has become somewhat of a regular spectacle at the Etihad Stadium these days.

Bravo’s debut in the Manchester Derby set the tone. An uncomfortable performance by the Chilean, coupled with a tackle that could have resulted in a red card on another day, meant a nail-biting afternoon for The Citizens.

Fast-forward a few months and he doesn’t seem to have improved. The ‘keeper looks unsettled, nervous and out of his depth at best. He then foolishly got himself sent off against former club Barcelona in the Champions League, and he was poor in the 4-2 defeat at Leicester City back in December.

Doubts were not eased by a 4-0 drubbing at Goodison Park, with Bravo wearing the brunt of the criticism against Everton. 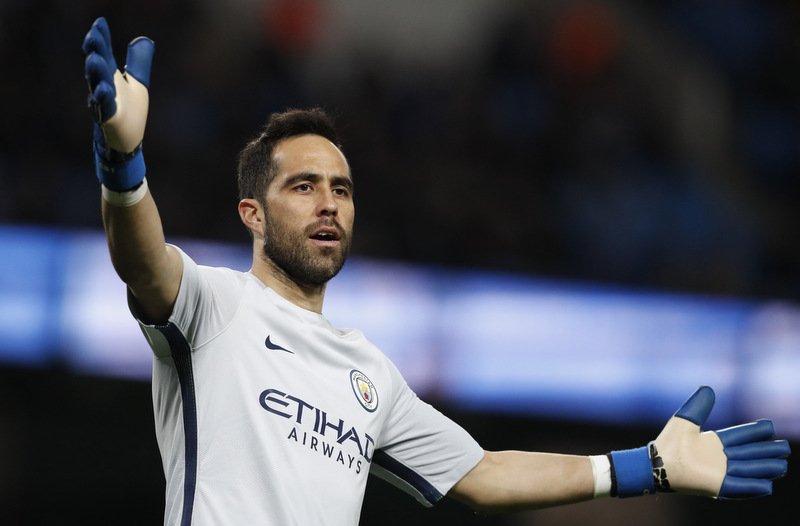 It has become such an issue for Pep Guardiola’s side that Bravo now finds himself warming the bench, with 35-year old Willy Caballero preferred between the sticks again. City may have dismantled Huddersfield, but yet again there was no clean sheet for Bravo, as he allowed Harry Bunn’s effort to squirm underneath him to allow the Championship side to establish a short-lived lead.

It may be okay to gift the likes of Huddersfield a goal, and then rely on players like Aguero to bail you out, but against the better sides, this is simply not acceptable. He let his team down against Barcelona, and they went on to get hammered 4-0.

Guardiola came out earlier this week to say he was happy with his goalkeeping options, and had no intention of discussing the future of Hart until the end of the season. However, in 19 Premier League appearances this season, Bravo has managed to keep just four clean sheets.

In those 19 games, he has conceded 25 goals, which inevitably have assisted the five defeats he has been involved in for City.

Granted, Bravo does make an average of 31 passes per game which supports Guardiola’s philosophy of a ‘sweeper-keeper’, but surely the main purpose of a goalkeeper is to stop the opposition from scoring. Yes, it’s great when they can do both, but the likes of Manuel Neuer are a rare breed of player.

Manchester City may still be in the FA Cup, Champions League, and potentially still in the hunt for the Premier League title, but surely City cannot continue to haemorrhage mistakes at the back, and rely on their strike-force to outscore the opposition, if they are to be considered serious contenders on all three fronts.

Bravo cannot be entirely blamed for mistakes, and the aura of nervousness that surrounds him every time he steps on to the pitch. John Stones and Nicolás Otamendi’s partnership at times has looked unconvincing at best. City have missed captain Vincent Kompany and his absence has not helped Bravo.

At 33-years-old, Bravo is already in the twilight years of his career, and it remains to be seen if he remains as the permanent solution to Manchester City’s goalkeeping dilemma.

Through to the quarter-finals of the FA Cup, with a convincing win, but after another Bravo error, there will be City fans wishing that they’d never let Hart go to Torino.