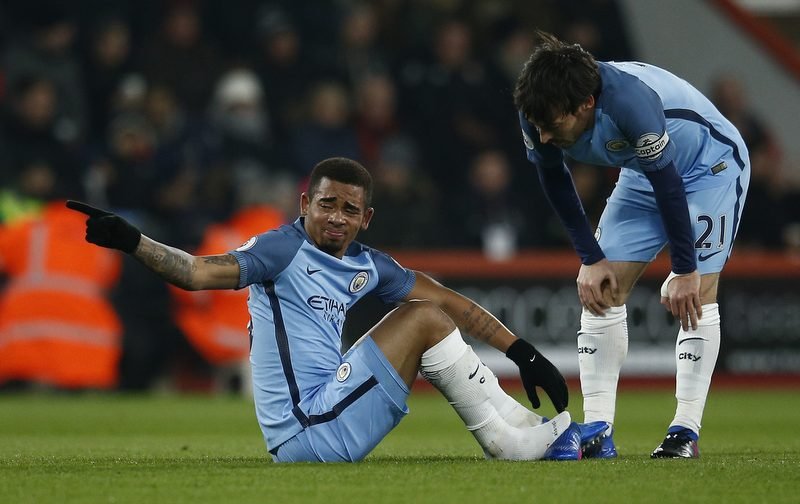 Manchester City have confirmed that forward Gabriel Jesus has suffered a fractured metatarsal.

The 19-year-old, who arrived at the Etihad Stadium only last month following his reported £27m switch from Palmeiras, picked up the injury during Monday night’s 2-0 Premier League win at AFC Bournemouth.

The forward was replaced by fellow forward Sergio Aguero after 15 minutes at the Vitality Stadium after seemingly damaging his ankle.

City confirm Jesus will undergo further examinations in the forthcoming days to discover the full extent of his injury.

A statement from the club’s official website read, “We wish Gabriel a speedy recovery and we will keep you updated on his progress via the Club’s official channels in the coming days.”

Jesus revelled in a sensational start to his City career, scoring three goals and providing two assists in his opening five appearances in all competitions for Pep Guardiola’s side, including a brace against Swansea City earlier this month.

He is expected to be sidelined for about two to three months.