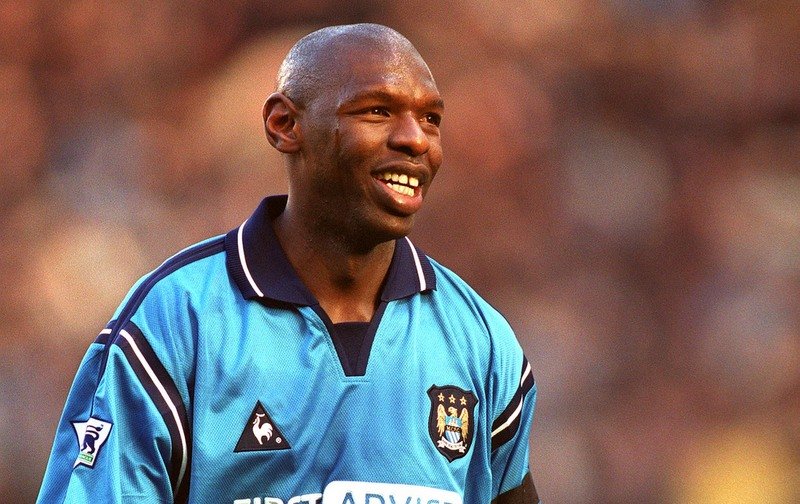 It wasn’t always like that, though. Before the footballing fairy tale began, it was a club of normality; a club who always lived in the shadows of its neighbours.

That was the club that Shaun Goater fell in love with. “Feed the Goat and he will score,” was the chant that was exclaimed from the famous Kippax Street Stand of Maine Road.

He duly obliged on many occasions. No matter what City achieve in years to come, he will forever be known as the blue side of Manchester’s Cult Hero.

Born in February 1970, in Hamilton (no, not the one in Scotland), Bermuda, “The Goat” (as he became known) always had a love for football. It came from his mother; a former professional herself.

As a teenager, he was part of the illustrious Saltus Grammar School football and basketball tournament. Here he played against youth products of some of England’s finest. Such experience got him a scholarship to study in New Jersey. But he would return every Thanksgiving Day. A day of festivity. A day of joy.

One Thanksgiving Day, at the age of 18, Goater got his best possible present. Manchester United offered him a trial, after scouting the then midfielder, while he was knocking a ball about.

It may have meant the end of his scholarship in New Jersey, but there was only one answer that Goater was going to respond with, ‘Yes’. Someone better have started looking at flights to Manchester International!

It was all what he had dreamt for. A trial turned into a professional contract. But dreams don’t always come true.
A year later he was out the door. Giving up the scholarship seemed a big mistake now. He was homesick. He was without a job. 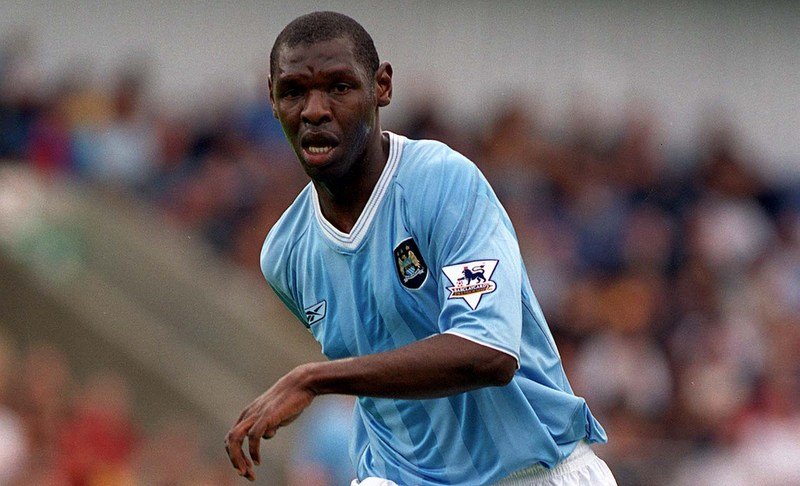 No need to worry, however. He was soon snapped up by Rotherham United; at the time competing in the third-tier of English Football. He refers to this as some of the greatest times in his footballing career.

In 1992, he scored the only goal in a League Cup first-leg tie against Premier League side Everton. Despite the Toffees winning the second leg convincingly, it sent out a clear message to Premier League sides up and down the country.

Four years later, it was destination Wembley for the Auto Windscreen Shield final (now the EFL trophy.) April 14, 1996, will be a day that Goater will not forget til the day he dies.

His first taste of football under the Twin Towers. His first triumph in English football. Nigel Jemson may have hit the headlines for his brace, but Goater played an integral part, playing the full 90 minutes and laying it on a plate for the former Watford man to finish his first goal.

By the end of the season, though, it was clear his future laid somewhere else following an argument with then manager Archie Gemmill. Inevitably offers came in from across the globe, ranging from Spain to South Korea; but there was only one country he wanted to stay in, England.

The eventual club lucky enough to grab the striker was Bristol City, then managed by Joe Jordan. Here he was an integral part of the Robins’ fight for playing second-tier football. Seventeen goals in 33 appearances in his final year put the red side of Bristol in fierce contention. It was not to be the case, however.

Then came a bid that changed everything. He was wanted in the North West. Manchester City demanded the Bermuda-born striker’s services. The Citizens eventually parted with £400,000 to get their man on Deadline Day of 1998. It would be a move that would change everything.

We all know what happened next. May 30, 1999. The day the history of Manchester City Football Club changed forever. While Paul Dickov’s late goal (and penalty miss) might have grabbed the headlines, Goater played the full 90 minutes on that overcast Sunday afternoon.

As their neighbours triumphed in their unprecedented treble, the blue side of Manchester celebrated a more, well, humbling prize; who knew then it would kick start the Sky Blues’ rise to Premier League glory?

The following year, however, was even better for Goater personally. He found the back of the net 29 times as he celebrated a new millennium with an entrance into the new league; he could now call himself a Premier League player.

The idea of Premier League football didn’t last long, though. City were relegated in May 2001 following defeat to Ipswich Town at Portman Road. There were questions about his future. Not to worry, however, as Goater propelled the North-West side back to England’s best; he became the first City player since Francis Lee in 1972 to net 30 goals in a season.

His next time in the world’s greatest league was one of pure joy. An overcast Saturday lunchtime game against Manchester United changed everything for him. He netted twice to send the Maine Road crowd into pure jubilation. It had been a long time since City fans had celebrated like this.

Goater was sold in the summer of 2003, just weeks prior to Manchester City’s first game inside the “City of Manchester Stadium” (as it had been known as for the 2002 Commonwealth Games).

Spells with Reading and Southend United followed, as well as a loan spell with Coventry City in 2005, before he eventually retired in Bermuda in 2010.

Whatever happens for Manchester City in years to come, whether European triumph is achieved or a spell of domestic success, there will only be one goat in the North West; and if you feed it, it will score!