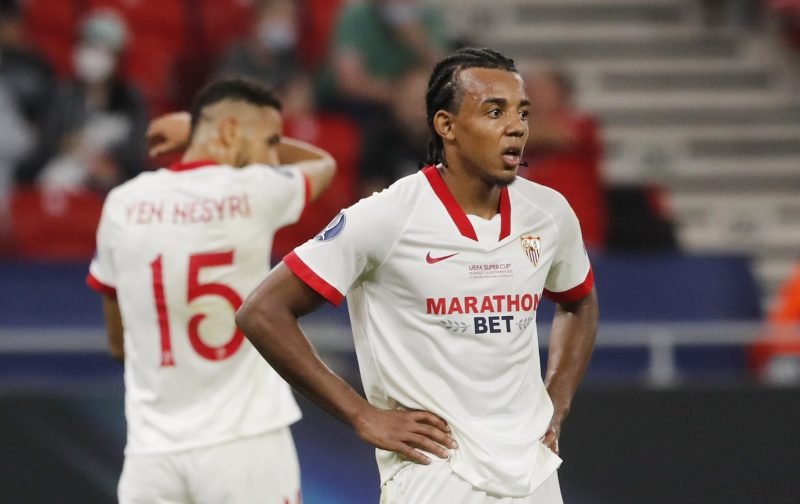 Manchester United have an interest in signing Sevilla defender Jules Kounde, according to reports.

The 21-year-old impressed in his first season in Spain, helping the club win the Europa League for a sixth time.

On the way to the final, the La Liga side defeated Wolverhampton Wanderers and Manchester United.

Now, ESPN report that the Red Devils have added the France Under-21 international to their list of transfer targets. 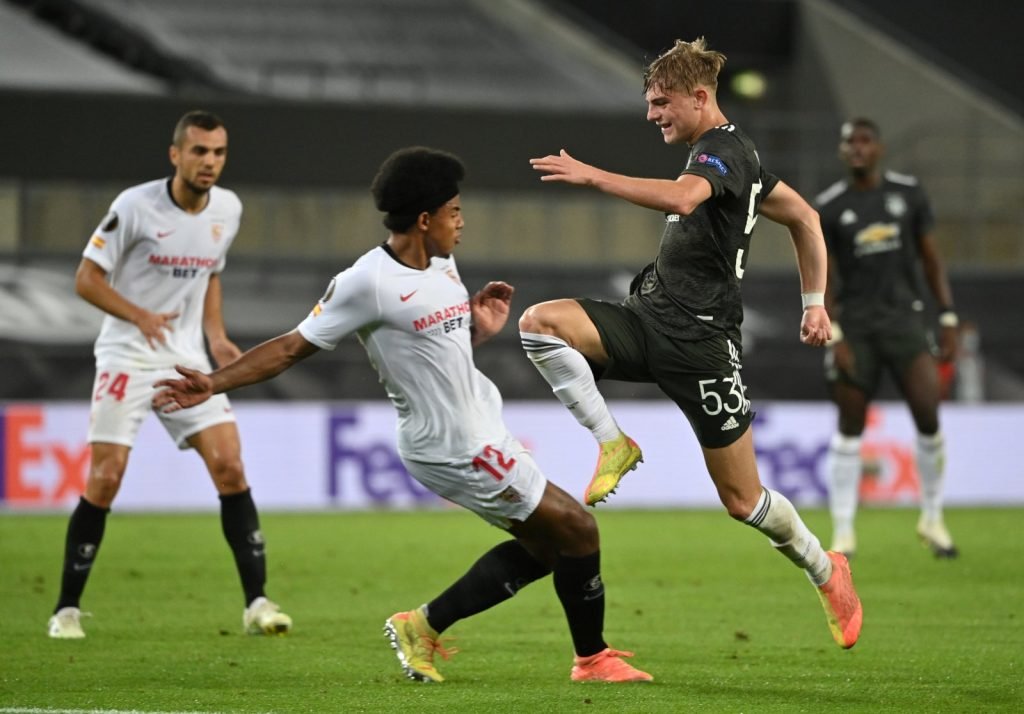 It’s claimed that Ole Gunnar Solskjaer has his eye on bringing in a new centre-back to bolster his backline.

So far this term, United have the second worst defensive record in the Premier League having conceded 11 goals in just three matches.

Despite being admirers of Kounde, it’s thought that the Old Trafford side will firstly need to move on Phil Jones and Marcos Rojo to make room in their squad.

The former Bordeaux star, who is valued at around £59-63.5million, was reportedly on Man City’s radar in the summer before they swooped for Benfica’s Ruben Dias.