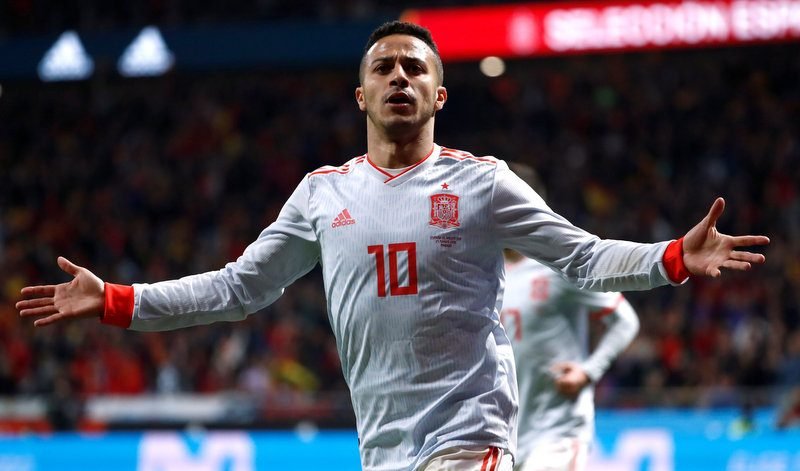 The Premier League rivals, who finished second and fifth in the English top-flight last term, have both been linked with luring the Bayern Munich star to England ahead of the new 2018-19 campaign.

The 27-year-old, who has 31 international caps for his country, scored seven goals and provided four assists in 32 appearances in all competitions for the Bundesliga champions last season.

Thiago, who featured twice at this summer’s 2018 FIFA World Cup finals in Russia as Spain were knocked out by the hosts in the last 16, has netted 25 goals in 153 games overall for German giants Munich following his transfer from FC Barcelona back in July 2013. 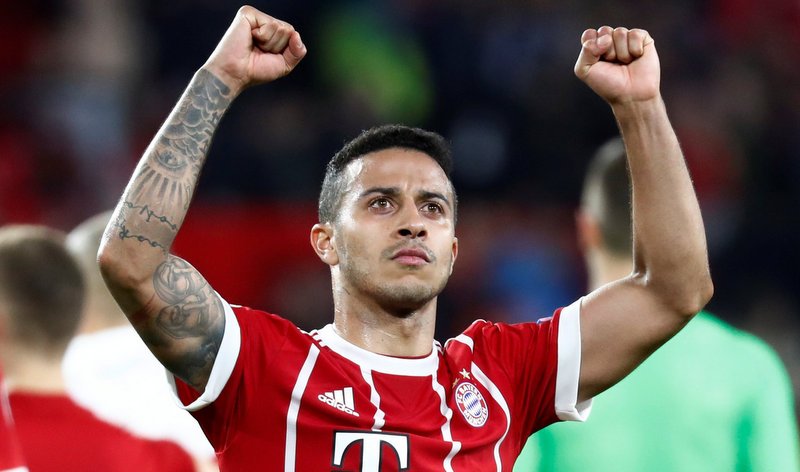 However, the report claims both United and Chelsea have approached the club about signing the Spaniard this summer, who could be available for around £62m.

The central midfielder is contracted at the Allianz Arena until June 2021.

Thiago has won five league titles, the DFB-Pokal, the DFL Supercup and the FIFA Club World Cup during his time at Bayern.