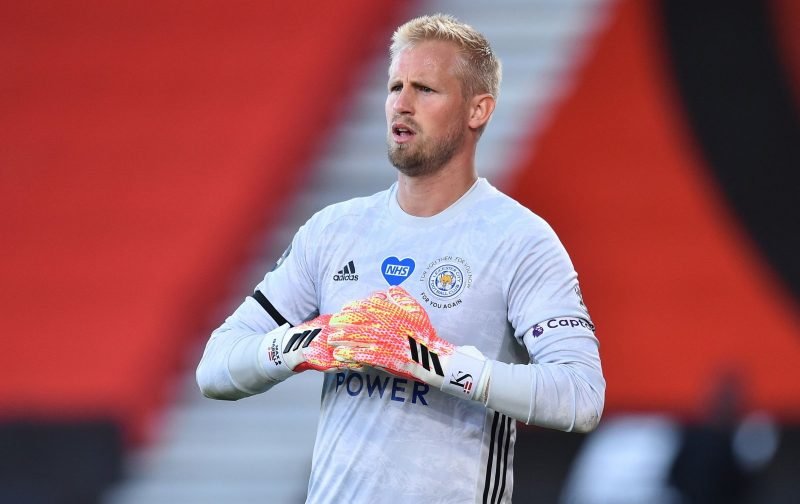 Manchester United and Chelsea could both make a move for Leicester City goalkeeper Kasper Schmeichel, according to reports.

The 33-year-old has been a formidable presence for the Foxes since signing for them way back in 2011, most notably helping them win an unlikely Premier League title.

However, with the Mirror reporting that Brendan Rodgers is trying to sign Sevilla stopper Sergio Rico, who is on loan at Paris Saint-Germain, it’s claimed Schmeichel, whose current deal runs until 2023, could be set to move on.

It’s claimed both United and Chelsea could make a swoop for the Denmark international in a bid to bolster their goalkeeping ranks.

Ole Gunnar Solskjaer is thought to be a fan of Schmeichel whose dad, Peter, is a club legend at Old Trafford. 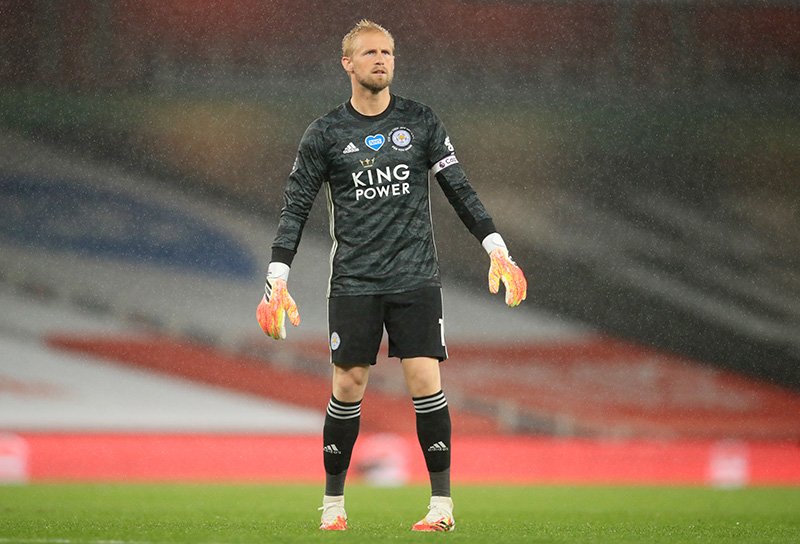 Schmeichel has played 378 times for Leicester.

The Red Devils chief has a dilemma over his number 1 situation with David De Gea having been criticised for a number of mistakes and Dean Henderson now back at the club following an impressive two-year loan spell at Sheffield United.

The Blues boss is claimed to be looking to offload Kepa Arrizabalaga two years after his world-record £71million switch to Stamford Bridge from Athletic Bilbao.

However, it’s reported that the London side are also tracking Ajax’s Andre Onana and Borussia Dortmund’s Roman Burki.