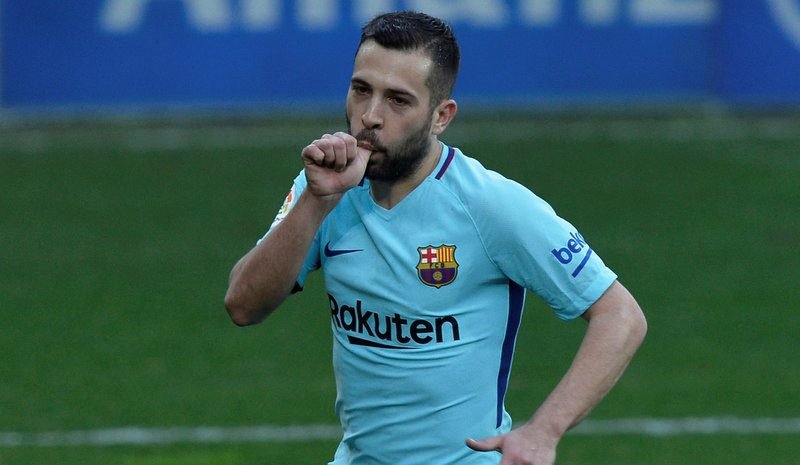 Manchester United will battle Chelsea for the signature of Spain international defender Jordi Alba, according to Sport.

The Premier League side, who lost 1-0 to The Blues in the FA Cup final at Wembley Stadium earlier this year, have been linked with a summer swoop for the FC Barcelona left-back.

The 29-year-old, who has 60 international caps for his country, scored three goals and provided 12 assists in 48 appearances in all competitions for the La Liga champions this season.

Alba, who arrived at the Nou Camp back in June 2012 following his reported €14m switch from Spanish rivals Valencia, has netted 12 goals in 246 games overall for the club. 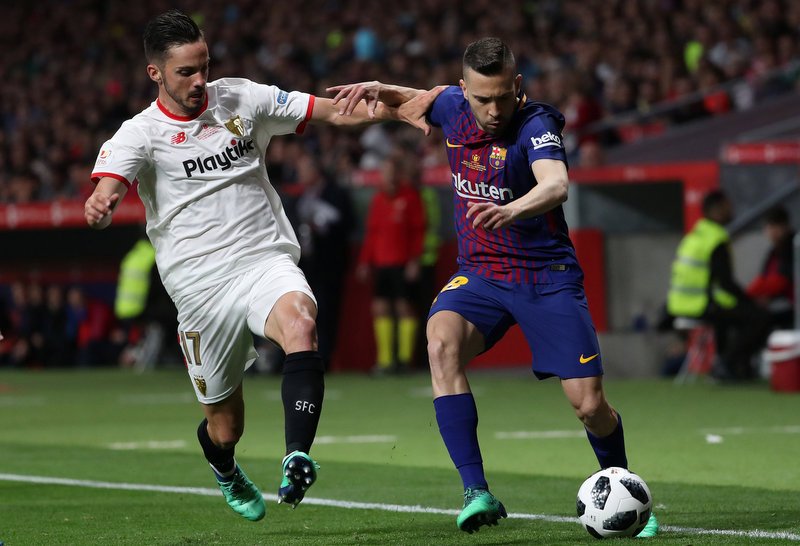 However, it is understood the full-back is growing frustrated at his contract stand-off at Barca, and the player could head to the Premier League instead this summer.

The report suggests Alba has been waiting on a new deal with Barcelona for a year and a half now, and that has alerted the likes of United and Chelsea, who are both keen to lure him to England ahead of the 2018-19 campaign.

The defender is contracted at the club until June 2020, and is valued at £54m.