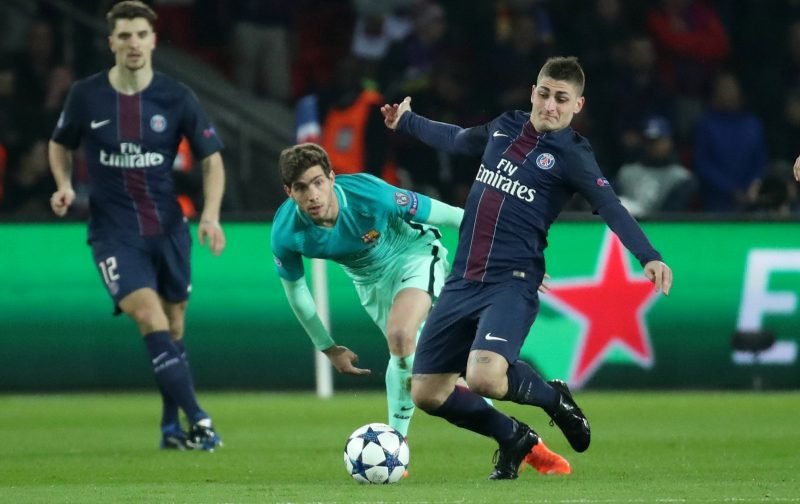 Manchester United and Chelsea have reportedly been put on high alert following the news that Italy international star Marco Verratti will weigh up his future at the end of the current 2016-17 season, according to the Mirror.

The Premier League rivals, who sit fifth and first in the top-flight respectively ahead of this midweek’s fixtures, have registered an interest in luring the Paris Saint-Germain midfielder to England this summer.

The 24-year-old, who has 21 international caps for his country, has scored two goals and provided seven assists in 33 appearances in all competitions for the defending Ligue 1 champions so far this season.

Verratti, who is contracted at the Parc des Princes until 2021, is also said to be attracting interest from fellow European heavyweights FC Barcelona and Juventus.

The report suggests the Italian will hold talks with PSG at the end of this campaign, alerting his array of potential suitors, as Unai Emery’s side crashed out of the UEFA Champions League at the last-16 stage and trail leaders AS Monaco by three points in the French top-flight.

Verratti has lifted four successive Ligue 1 titles with PSG following his arrival from Pescara back in 2012.