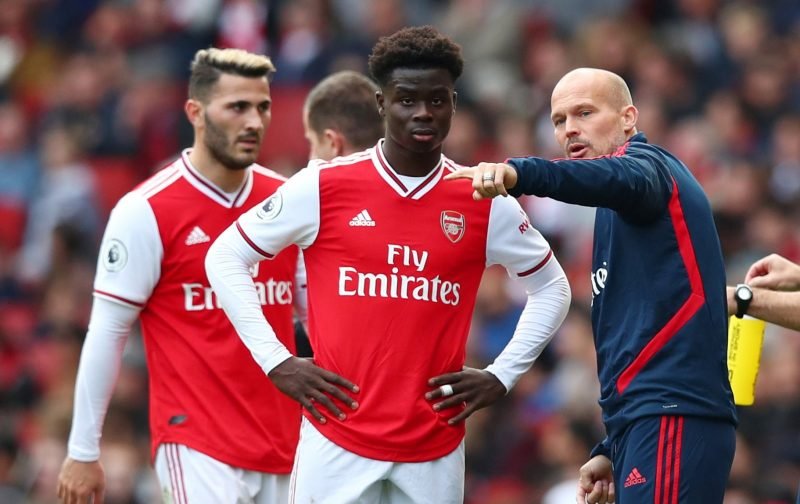 Manchester United and Liverpool are monitoring Arsenal’s Bukayo Saka, according to reports.

The 18-year-old has had a real breakthrough season at the Emirates this term, making 23 appearances in all competitions.

Saka has played in a number of positions under both Unai Emery, Freddie Ljungberg and Mikel Arteta, including full-back and wide in a front-three. 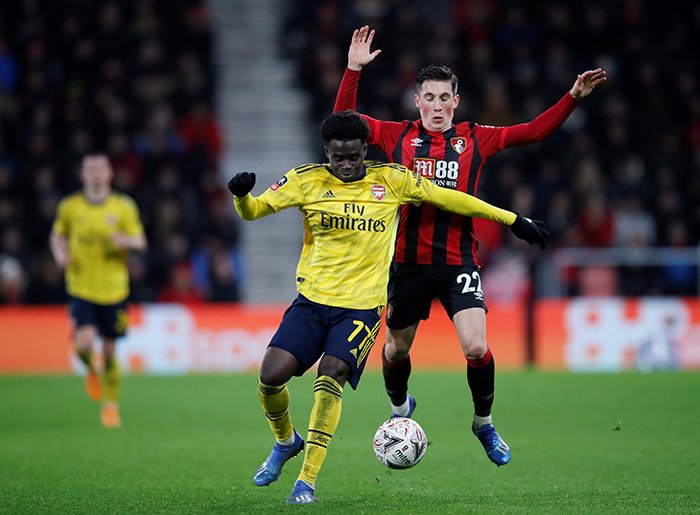 However, the Mail report that the Gunners could face a battle to keep hold of their academy graduate with Manchester United and Arsenal circling.

It’s claimed that the Premier League duo are very aware of the fact that the England youth international is in the final 18 months of his contract.

Talks are currently said to be ongoing between Saka and Arsenal over a new deal but nothing has yet been sealed.

Bundesliga giants Bayern Munich are also thought to be keeping an eye on developments.