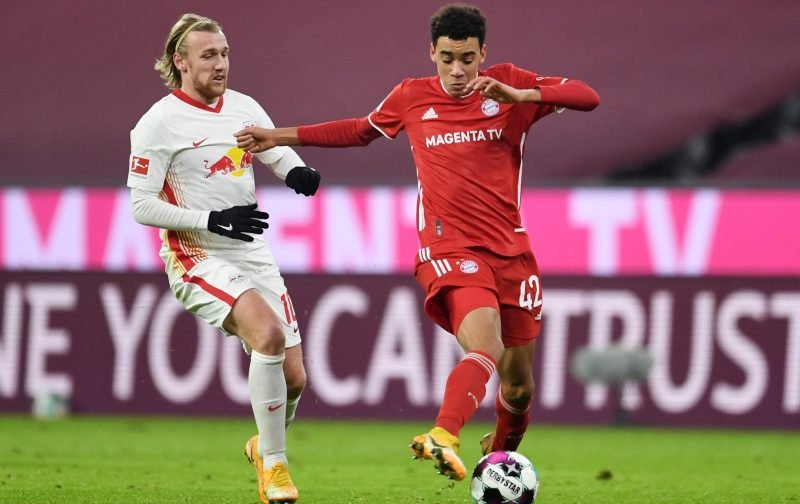 Manchester United and Liverpool both look to be in the race for the Premier League title for the first time in a number of seasons.

The Old Trafford club currently sit top of the table after a remarkable run of form which has seen them leapfrog and go six points clear of the current under-par champions.

Ole Gunnar Solskjaer and Jurgen Klopp will again go head-to-head on Sunday in the FA Cup but, according to reports, after suffering a blow in the transfer market.

According to Goal, the two clubs were keeping tabs on emerging Bayern Munich midfielder Jamal Musiala.

The 17-year-old has had a breakthrough season with the European champions this season, making 19 appearances in all competitions.

Although born and currently plying his trade in Germany, Musiala is an England Under-21 international having lived in England for eight years. 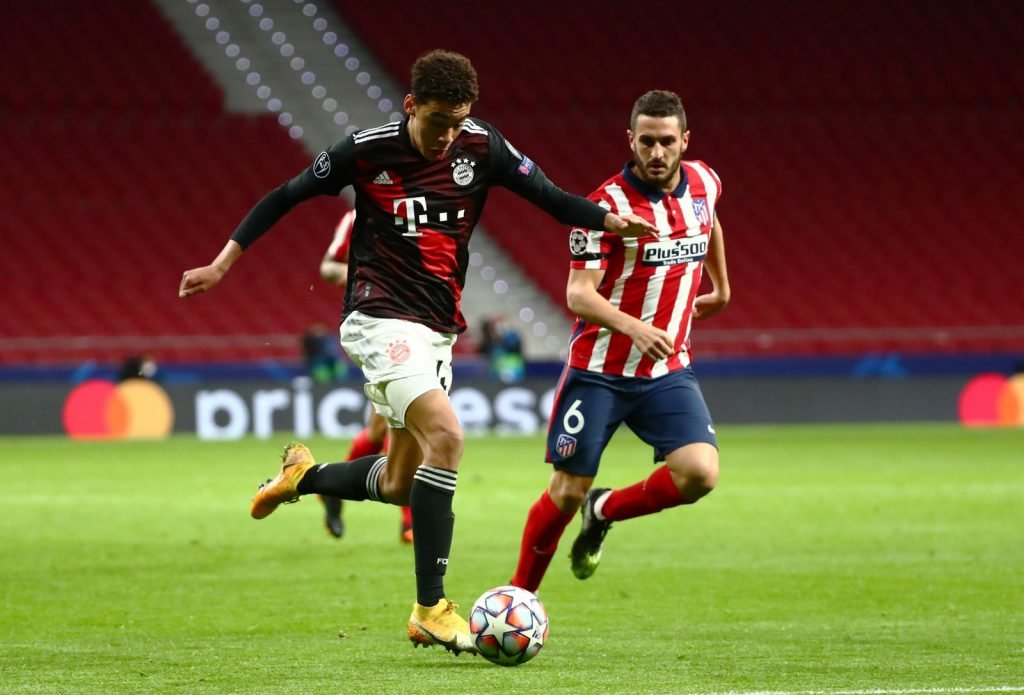 During that time the talented teenager spent his time in Chelsea’s youth academy, before joining Bayern in the summer of 2019.

After just a year in the Bundesliga, Musiala became the youngest player to play a match for Bayern in the league, aged 17 years and 115 days.

That milestone and his first-team performances reportedly had United and Liverpool circling in the knowledge that the playmaker’s youth agreement with the German giants expires in 2022.

However, it’s claimed the Old Trafford and Anfield outfits look likely to miss out on bringing Musiala back to England in the near future with an agreement between Bayern and the player thought to be advancing.

As well as sorting out his future, Musiala’s aim in the coming months will be very much on adding to his appearances, three goals and growing reputation.