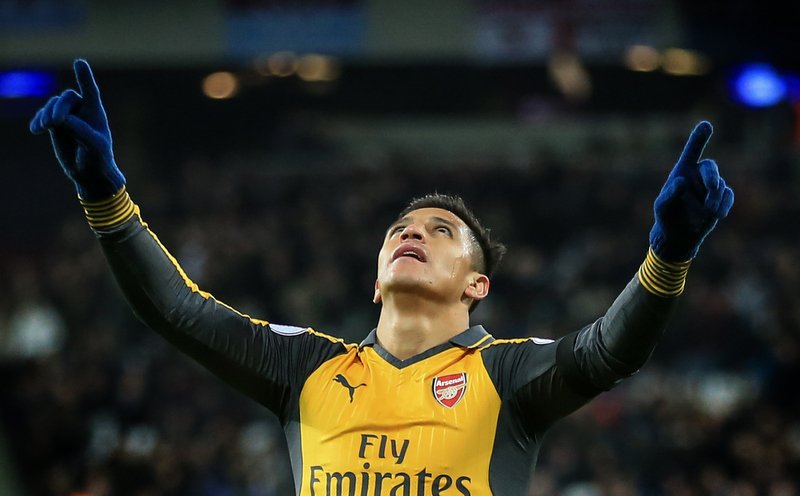 Manchester United have reportedly made contact over a potential summer swoop for Chile international Alexis Sanchez, according to El Show de Prensafutbol.

The Premier League side, who salvaged a late 1-1 draw at home to Everton on Tuesday night, leaving them four points adrift of rivals Manchester City in the top-flight table, have been linked with a move for the Arsenal forward come the end of the current 2016-17 campaign.

The 28-year-old, who has 108 international caps for his country, has impressively scored 22 goals and provided 18 assists in 40 appearances in all competitions for The Gunners so far this season.

Sanchez, who played the full 90 minutes on Wednesday night during Arsenal’s 3-0 win over West Ham United at the Emirates Stadium, has netted 64 times overall for Arsene Wenger’s side following his arrival from FC Barcelona back in July 2014.

Reported by the Metro, they suggest Red Devils boss Jose Mourinho has phoned the Chilean about a potential summer move to Old Trafford, although rival boss Pep Guardiola at City is also thought to have made similar contact.