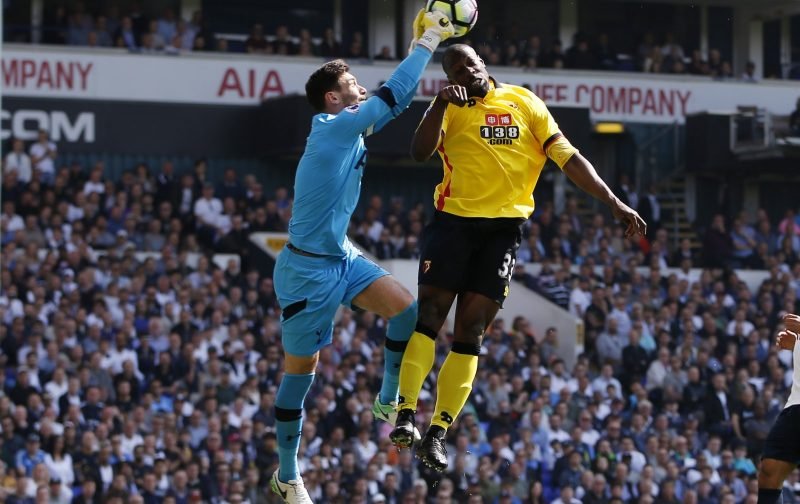 Manchester United and Paris Saint-Germain are battling to sign Tottenham goalkeeper Hugo Lloris in the summer, according to The Express.

The France captain, who has been capped 87 times by his country, has been sensational for Spurs since moving there in 2012, and has been widely regarded as one of the best shot-stoppers in the world over the last few years.

The 30-year-old was a key part of the Tottenham backline which conceded just 35 goals in the Premier League last season, the joint-least alongside United, and his 27 league starts this term has contributed to Mauricio Pochettino’s side conceding only 22 times, again the least of any team in the division.

And now it appears that Lloris’ efforts in the Spurs goal has attracted interest from top sides around Europe, with both United and PSG reportedly keen on a move for the Frenchman.

Jose Mourinho’s Red Devils are targeting the goalkeeper should current number one David de Gea leave for Real Madrid this summer, while French giants PSG are hoping to bring Lloris back to his homeland five years after leaving Nice.

However, the Spurs keeper only signed a new deal at White Hart Lane back in December, a contract which ties him there until 2022, so it would require a large sum of money to persuade chairman Daniel Levy to part ways with the club captain.

And should Pochettino’s men indeed go on and secure another top four finish, and potentially win the FA Cup, Lloris may not even fancy a move away from the club, even if both United and PSG can reportedly offer more than what Tottenham currently pay him.

Clearly, Lloris is one of the best goalkeepers in world football who would benefit any side, but whether he leaves a rapidly-improving Spurs in the summer very much remains to be seen.