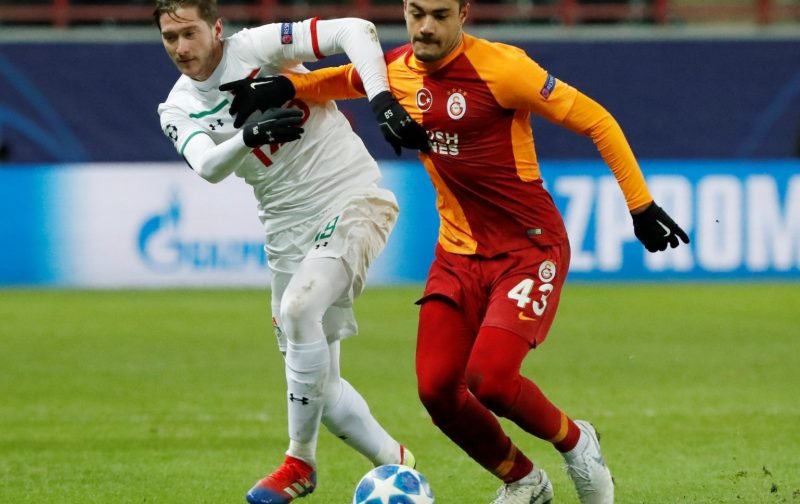 It has been well reported that United boss Jose Mourinho is keen to improve his defence, having missed out on a summer signing in that area of the pitch.

Kabak could be the answer to the Red Devils’ problems, with the 18-year-old emerging as a real talent in the Turkish Super Lig this season.

Jose Mourinho is keen to bring in a centre back to strengthen United’s defence.

The Old Trafford side have had real trouble in the heart of their defence this season, shipping 25 goals in 15 matches with no defensive pairing being able to nail down their place in the side.

Adding to their problems Phil Jones, Marcos Rojo, Eric Bailly and Victor Lindelof have all suffered with injury problems this term.

The Turkish defender would certainly be a player for the future, with the teenager making just 10 appearances this term.

However, The Sun have reported that United scouts have watched the youngster and were impressed with what they saw.

Inter Milan, Roma and Arsenal are also thought to be keen on the player so Mourinho and United will have to persuade the player to choose them.